Wrap up report of BiLT

BILTanz is only two weeks away. If you’re planning to attend from North America, it’s very important to take a moment and understand the critical differences between the A and the NZ in the BILTanz. This will help avoid accidentally creating an international incident between Australians and New Zealanders…

I must admit most of it is pretty accurate apart from his bizarre notions that Aucklanders want to live in Sydney and Sydney has a better harbour? The first overlooks the fact that one city is full of Aussies, the second that their harbour lacks a Gulf of Islands, Volcanos and other wonders of nature…

See you in Brissie, Philie!

Seriously, it is not too late to get yourself organised to attend BiLT ANZ 2018. The locals, and visiting Kiwis like myself, look forward to seeing you there! A web image search for BIM turned up this rather unusual, if appropriate, image.

It is the cover of a children’s book: “The Story of BIM – Written for 3 year  old  Charlotte”, Kathleen Mellor, published Melbourne : Georgian House, [1945]

I wonder if—although long out of print—any copies are lurking in one of the, many, excellent Melbourne pre-owned book stores? 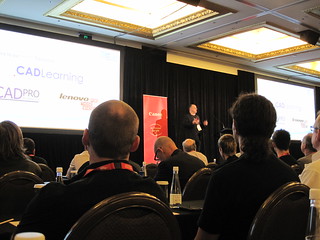 Sadly I won’t be there but, having attended RTC Au/NZ last year (see posts here), know I will be missing a fabulous event. If you can get to Melbourne, my favourite Aussie city, hurry up and register!

Well, it’s only a few weeks out from the event now, and we wanted to share with you more about some of our speakers and sessions that will be presenting at this year’s event…

One feature of RTC was the increased application of 3D scanning and point cloud technology in architecture. In some ways this topic showed the breadth of RTC as all aspects of scanning were covered.

In the exhibit hall the capture technology was represented by hardware suppliers and consultants offering scanning services. Sessions covered a variety of topics including:

Unfortunately recent seismic events in New Zealand have made the use of scanning a growth business. The challenge of many damaged buildings to rebuild combined with lost or inadequate records mean this technology has arrived at the right time.

One of the joys of the Revit Technology Conference is the variety of content offered. Sessions include technical demonstrations, hands on labs, discussions and reviews of industry. The problem is you can’t see all the sessions. I’m going to cover a some I attended in the next few posts. Unfortunately that means omitting many brilliant sessions, some I saw, others I heard about from other attendees so hope those speakers are not offended by omission.

Three sessions I attended demonstrated different approaches to getting what you want, what you need, sometimes what you don’t need, out of Revit:

Tim’s Fractals, all the way down

Tim Waldock (aka revitcat) spoke at the first Auckland RTC back in 2007 and has been a regular ever since. His 2013 class was actually prompted by questions from his 2012 RTC sessions. It applied the principles of fractals, nested repeating patterns, to Revit’s repeater and adaptive component functions.

With a series of increasingly complex examples he demonstrated the benefits, pitfalls and reasons to try this approach. It was great to see an almost academic Revit investigation then applied to real world models from a simple nested panel fence to spectacular model of Gare do Oriente, Lisbon by Santiago Calatrava.

I also like his practical “do this, not that” approach to some of the technical foibles discovered when pushing repeaters and adaptive components to the limit. Even with his comprehensive hand-out as a reference was I was busy taking notes!

Marcello’s approach to Revit is brilliantly off the wall although one session did include showing how to add walls, even doors and windows, to a Revit Cow. Before you go looking for c o w related acronyms that refers to an actual cow model, as in Moo, not some new type of Revit geometry engine.

I attended Marcello’s “Family Modelling Secrets Revealed!” and part two of “Scaling Families” (I had to miss part one because of that inability to be everywhere thing). He doesn’t just make remarkable things in Revit, he makes Revit do remarkable things.

The approach is very much outside the box, acknowledging the way Revit works then exploiting it to get results that initially appear impossible. One simple example showed how to create an inverted extrusion by letting Revit create a standard 3 profile extrusion then dragging the last profile back into the previous two. A simple way to make a jet engine cowling for your Revit 747…

I suspect Marcello’s motto is “The difficult can be done immediately. The impossible takes a little longer”.

One of the pre-RTC delights was following Aaron Maller’s journey to the conference. He arrived a few days before and discovered how wonderful the South Island is driving from Queenstown to Christchurch, before flying to the Auckland RTC event. His Facebook posts and tweets were a joy to follow, worthy of a NZ Tourism promotion award if such a thing exists.

Although Revit whiz, pushing it to the limits, in one session Aaron shared a few projects which took another approach. Use Revit for what it excels at, then don’t use it at all. One example was a complex modular roof structure. Revit was used to model the site, set out the structure layout, geometry and feed an array of 3D points to Inventor. With the help of an Inventor whiz they used it to generate the production model and component drawings used to produce the structure. Other examples included use of Revit with Rhino and a custom “point extraction” utility.

I like the idea of exploiting Revit for it’s strengths while acknowledging there are times to look to using those strengths with other platforms. 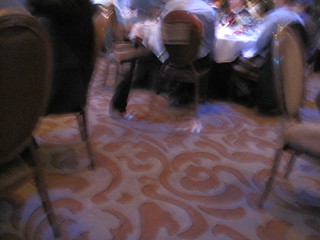 And Socks? At the RTC dinner Aaron was presented with some very special striped toed socks which related to his antics at a previous RTC.

I only got this ghostly shot as he dashed past my table in stripey socked feet but you can see a better photo, and read his take on RTCAU, on his own blog.

I must admit to being underwhelmed when I first saw the Revit Technology Conference organisers had selected, self described, Clinical Psychologist, Author and Wearer of Socks Nigel Latta as the keynote speaker. 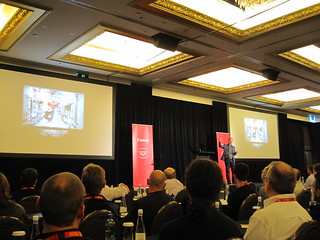 I haven’t seen much of his TV work but was once rather surprised how much credence he gave the New Zealand show “Sensing Murder”.

It was a ‘reality’ show where Psychics supposedly help with long unsolved murders (with little or no actual success).

The episode is covered in detail at www.sillybeliefs.com. I thought “Sensing Murder” was a cynical and appalling exploitative abuse of families who had already suffered terrible loss.

Given that, I was wrong to prejudge as Nigel’s presentation, about change, was both relevant and entertaining. Although not about BIM it covered many aspects a change like BIM’plementation can bring to a business, process and team.

Nigel gave some insight to the evolutionary physical, social and neurological factors which cause Human creatures to behave the way we do. He also shared techniques for recognizing and dealing with resistance to change, fear & anxiety, stubbornness and difficult people. This was done with a variety of anecdotes from his private and professional life shared with zeal and passion.

Perhaps one of his best bits of advice before setting out on any project (from BIM implementation to a simple family) was to do a pe-mortem:

It was diverse interesting entertaining presentation and a great way to kick off the event.

As Wes pointed out in his opening address this wasn’t the first Revit Technology Conference in Auckland.

It doesn’t seem like seven years since the one day travelling RTC Australasian road show came to town but it left a lasting impression.

RUGAKL is a valuable way to meet, share knowledge and grow the Revit community. So, although RTC took seven years to return to Auckland it never really left.

It is fitting that the RUGAKL Meeting (June 19 2013) will be an RTCAUS Review!

Revit Technology Conference Australasia recently came to Auckland and I had the privilege of attending (for the mere cost of admission!). I started writing what became a lengthy review then I saw most probably wouldn’t read it anyway. Since it was a personal, somewhat random, recollection of my RTC experiences I’ve decided to make this the first in a series of short posts.

So close to home…

It was a bit strange to arrive at a CAD* conference without enjoying, enduring, a flight halfway around the world. Even with heavy Auckland morning traffic it was only a 40 minute commute from home. I met Wesley Benn in the foyer: “Good to see you here” he said and I replied “It was so close to home I thought I better come!”. 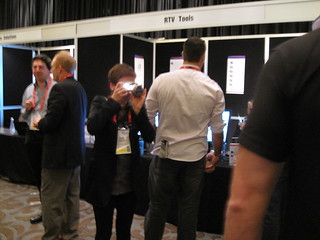 Next stop was the registration desk. I was somewhat surprised to ask for my badge and get the response: “Hello, you’re Robin?, I follow you on Twitter!”. That was how I first met the lovely @LivingRoomer1.

Silvia had travelled from Europe to assist with RTCAUS, in preparation for running RTCEUR in a few months time.

As one of the awesome crew who make a conference like this ‘just happen’ Sylvia was also sometimes seen on the other side of a camera taking official conference photos!