Overlapping commitments meant I didn’t see all of the “Everything Changes” Autodesk 360 Nexus announcement at Autodesk University. I arrived to find a packed room eager to learn what Autodesk had done to address their position on Product Lifecycle Management (PLM). A few years ago Carl Bass set the stage with his “Anti-PLM Rap”:

Carl indicated something revolutionary was required in the PLM space, have Autodesk delivered? The announcement was intriguing and I’ve been following the arrival of Autodesk’s PLM solution with interest. 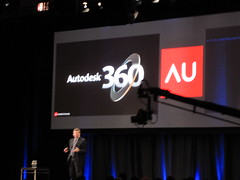 It may seem a bit odd to be interested in PLM when I don’t work in manufacturing. Perhaps it’s a legacy of my Product Design training that I regard the result of any design to be a product.

Be it a widget, building, shop fitting or graphic designed objects have a lifecycle from conception to, ultimately, whatever fate the object has in store.

Similarly all design is a process; an information flow to be managed, tracked and reported. Product, Lifecycle, Management. 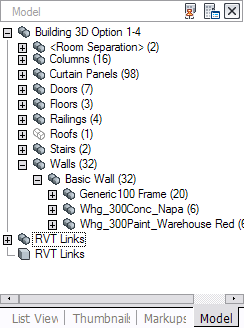 In spite of much talk that Building Information Modelling is a lifecycle tool most ‘BIM applications’ are heavily focused on design and documentation.

Ever thought it odd that Autodesk’s own BIM platform Revit doesn’t offer a way of viewing its model without reverting to a sheet/view document analogy.

Although you can search and list model elements in Revit the Project Browser doesn’t directly show model elements other than families. Isn’t that odd when even a lowly (in complexity) 3D DWF happily exposes a Model object hierarchy (right) totally divorced from the legacy of sheets and views.

The useful life of a design (hopefully) far exceeds the design process so perhaps more emphasis should be lifecycle management. Can a PLM platform offer the BIM user any advantage beyond the design build portion of a project?

I don’t know but think it’s worth investigating. The problem with that is most PLM solutions have required significant commitment — both financial & time — to evaluate let alone implement, until now.

Nexus was the preview. PLM 360 is Autodesk’s cloud based PLM solution. It is part of the Autodesk 360 cloud services family:

Autodesk PLM 360 is Here! - Under the Hood Blog

You may have heard the announcement at AU in November that we’d be entering the PLM marketplace with a product code-named Nexus.

The big day has finally arrived! On Leap Day, Feb. 29, we officially launched Autodesk PLM 360! We’ve got a fantastic new website at www.autodeskplm360.com where you can learn more about what we call “The next generation, cloud based alternative to traditional PLM”… 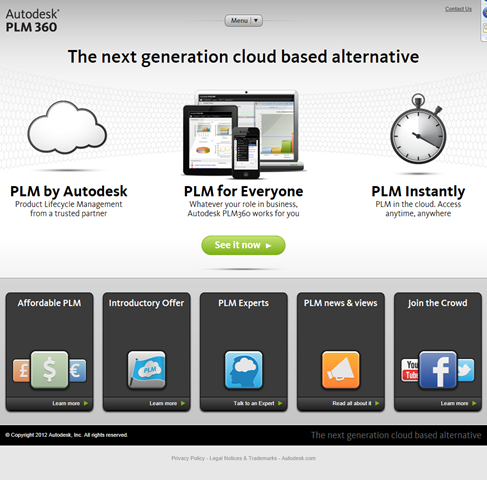 I have only looked at PLM 360 from the outside (so far) but a Kiwi company was among the first batch of users. Although based a few hours drive up the road, and we have ‘known’ each other via Twitter for months, I only recently met Scott Moyse. He is Design Manager for Specialist Marine Interiors and has become a fan of PLM 360. He even went as far as tweeting/blogging about his “Autodesk PLM 360 | A Love Affair” in reference to this post:

So I am pleased to Introduce Scott Moyse, a proud Cornish man! Scott is the Design Manager at Specialist Marine Interiors in New Zealand…

Earlier this week Scott presented at the CADPRO Autodesk 2013 Technology Showcase. It was an overview of how SMI are rapidly replacing a collection of disparate applications and email/file based sharing with an integrated cloud based solution. It was apparent from the presentation that this tool is not just supporting, but also defining and refining existing process for SMI. For me the most telling lines from Scott’s presentation were (from memory):

‘and this was done over a few months, maybe 16 hours/week’

Now consider this was mostly done with a pre-launch version of PLM 360. With a low cost ($25-75/user/month) and no install footprint it’s worth a look, don’t you think? Now I just have to find some time!