David Byrne, on the suburb

It’s from True Stories, 1986, but still seems relevant today except many of these ‘burbs are abandoned:

“Look at this. Who can say it isn't beautiful? Sky, bricks. Who do you think lives there? Four-car garage. Hope, fear, excitement, satisfaction.”

MAN ON WIRE, my film of the year 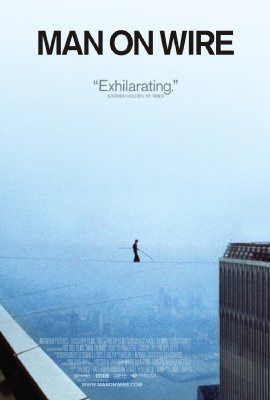 Don't worry, this hasn't changed into a film review blog but MAN ON WIRE deserves a special mention. Although Slumdog Millionaire got most of the glory, and I liked Burn After Reading, this Oscar winning documentary is my film of the year.

It's the story of Philippe Petit, a French high wire artist, who gained fame for his walk between the World Trade Canter Twin Towers, New York City, in 1974. The events leading up to that NYPD offence notice, uniquely titled "MAN ON WIRE", are told with a combination of documentary film, photography and re-enactments of the "break in".

It is narrated by Philippe and his co-conspirators and you see the impact, good and bad, his dream had on all involved. There is also extensive archive footage from the construction of the Twin Towers as Philippe plans his "artistic crime of the century".

But that's not what makes it special. Philippe's dream to walk the towers began when he saw an article announcing the World Trade Centre project in a French newspaper. He watched, waited, planned and practised until the tower construction had progressed enough, but was not completed, for the walk to be possible. It's no secret, or plot spoiler, that his dream became a reality (look at the poster!) but that in no way diminishes the impact of the movie.

MAN ON WIRE is not a film about a walk. It's the story of a mans determination to realise his dream. What makes it surreal are the subsequent events which mean it can never be repeated.

A dream, realised, now only memories captured in a remarkable film.

Killer sheep over the Pacific

This post was written 11,297m above the Pacific, about halfway between Auckland & San Francisco. One advantage of a long haul flight is you get to catch up on those movies you wanted to see, but never got around too. Suddenly with thirteen hours and nothing else to do it's time to hit the entertainment system. This post is not really CAD related but this film deserves an international audience. Besides, Weta Digital supplied the special effects so it's possible CAD, maybe even Autodesk, applications were used... 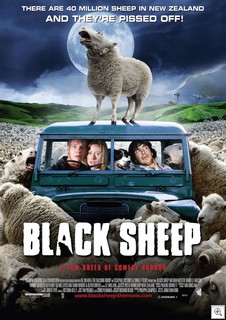 It could only be a Kiwi movie. The green rolling hills, clear blue skies and a flock of pretty white sheep disembowelling terrified agricultural investors. You may gather Black Sheep (2006/7) isn't quite "Mary had a little lamb". A quiet rural setting and some woolly genetic engineering creates the only horror movie in history with sheep in the leading roll.*

The action is pretty graphic, but in a surreal cartoon-like way, especially as mutant sheep snack on the living and it's also funny. I mean come on, killer sheep?

There are some great comic lines and brilliant special effects during the human/sheep transformations.

The story centres on the battle between two brothers -  Henry and Angus - who have inherited the family farm. One wants to create the best sheep in history, by making it, the other just to run a normal farm. The leads, Matthew Chamberlain & Peter Feeney, were new to me but gave great performances with a Jonathan King script dripping in bloody irony.

Supporting characters include a couple of eco-activists trying to expose the evil being done. Oliver Driver, as Grant, goes from tree hugging vegetarian greenie to a mutant half man, half sheep snacking on living entrails in a role that he obviously enjoyed. Danielle Mason plays "Experience", a vegan protester with a conscience who "is not his [Grants] girlfriend" .

Henry: What's that?
Experience: Geranium: aromatherapy for uplift and hormonal balance.
Henry: Do your hormones really need balancing?
Experience: Considering I've been attacked by genetically-engineered monsters, jumped off a moving vehicle, been chased across a paddock, dragged into a torture chamber, pulled into a mountain of rotting flesh--yes, my hormones need balancing.

Tammy Davis is the Kiwi bloke Fram Manager who pulls the whole story together with a cheeky grin. Glenis Levestam is Mrs Mac, a straight shooting Aunt un-phased by a few naughty sheep.

Although Black Sheep is a horror movie, it's a comedy horror movie with sheep. Perhaps the only, certainly the best.

* That is a guess, I suppose you could argue "Bad Taste" had sheep but only in exploding supporting roles.

I’ve posted previously about Blade Runner, which I regard as the second best Science Fiction movie in the history of cinema. There was a realism, a depth, to the design which went beyond the "staging" you see in many movies. That is thanks to the work of Visual Futurist Syd Mead.

Thanks to Drawn! blog for leading me to these BoingBoing TV interviews with Syd Mead. After a brief review of his career, and thoughts on car design, he discusses the reasoning behind the world of Blade Runner, as seen in the movie, and some concepts which didn’t make it.

I had this in draft form ready to post on 6 April. That would have marked the 40th anniversary of the release of the movie 2001: A Space Odyssey. However after today’s news it seems appropriate to post it now.

Writer Arthur C Clarke dies at 90
British science fiction writer Sir Arthur C Clarke has died in Sri Lanka at the age of 90. The Somerset-born author came to fame in 1968 when short story The Sentinel was made into the film 2001: A Space Odyssey by director Stanley Kubrick.
Sir Arthur's vision of future space travel and computing captured the popular imagination… cont

KiyoshiHiHiHi has posted an awesome CG exploration of the spaceship “Discovery” from the best science fiction movie ever made:

I’ve been fascinated by this movie since I first saw it as a child, about age 6 or 7. That it’s aged so gracefully is a tribute to the effort that went into making it’s technology as “real” as possible, given what they knew at the time, and highest production standards of the day. Especially when you consider it was released in 1968, when we hadn’t landed on the moon, and 2001 was still thirty three years in the future (I was two!). Even today it presents a plausible vision of the reality of long distance space travel.

is an awesome illustrated record of the production process from script development, design and filming, through to release. Sadly the “look inside” on Amazon doesn’t show any of the detailed design illustrations used for the craft, costumes and sets seen in the book. It’s worth buying for them alone but the story of it’s creation is also fascinating. Clarke & Kubrick seem to drive each other to new levels of excellence honing the novel/script and making the move.

Piers credits Harry Lange, Frederick Ordway and Tony Masters for production design. Lange & Ordway had worked with NASA and there was lots of input from other Aerospace, Aviation and Computer companies, many involved in the real space programme. He says IBM were heavily involved but chose not to be named after “HAL [the mission computer] was portrayed hijacking the ship then “disconnecting” the human end users”. All the “computer graphic instrumentation” seen in the movie was actually filmed cell animations projected into screens of the space ship sets/models. Apparently there are still a few IBM logos visible in the final movie although the often quoted “HAL is one letter off IBM” was denied by both Arthur & Stanley.

This CG exploration shows Discovery’s internal layout complete with centrifuge crew quarters. That set was built as a 40 Ft diameter “hamster wheel” so the astronauts could appear to walk on the roof in artificial gravity. You can also see the flight deck and the pod bays which led to the infamous line: “Open the pod bay doors, HAL".

We’ve come a long way since 2001 was made but it’s sad that much of that future, is still in the future. I have read the recent release 2001 - A Space Odyssey [on Blu-ray]

shows the 70mm negative film in all it’s glory. I’m sure Stanley and Arthur would be pleased.

Recommended Television for my Swedish Readers... 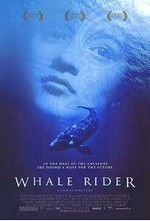 If you’re reading this from Sweden, according to the stat’s 1 – 2% are, keep an eye out for the Kiwi movie Whale Rider. It’s a wonderful movie based on Maori legend and filmed at Whangara – a small settlement on the East Coast.

I’m not sure when it will screen on Sweden television (see this preview at SVT) but, in a roundabout way, I helped with the subtitles!

RobiNZ Personal Blog: Blogging helps people help people - Whale Rider, a Blog and a helpful Author
I received an email, via the blog, from Swedish Television regarding subtitles…

Enrico* has posted a link to the trailer (as in film) for Pixar’s latest – Cars.

* Enrico is currently a story artist at Pixar Animation Studios. His blog is well worth a visit/subscription for the lovely artwork and photography. At the time I found his blog the header image was a wonderful photo of one of my favourite cars. It’s the “An old cinquecento - taken in Genova Nervi, Italy. July 2005” in the Header Image Gallery

When I was studying Product Design our tutor, Lance, was a Syd Mead fan. We spent a lot of time “studying” Blade Runner and the design work of it’s “Visual Futurist” Syd Mead. That film is a favourite of mine to this day.

Syd Mead was also the “Visual Futurist” for Peter Hyams film 2010: The Year We Make Contact. I have a “movie magazine”, published to promote it, with several pages of his black & white pen/marker/ink concept sketches for the space ship exteriors & interiors. Simple, stunning, powerful illustrations which look like they could be built and would work. Not always the case with Hollywood design.

VFX World have an interesting interview with Syd Mead. It mentions his recent work on another Peter Hyams film, A Sound of Thunder, his techniques and why he won’t be buying a new Cadillac.