I still use CorelDRAW for graphics, old habits die hard and I like it, but could not get my veteran 2012 version to run on my Surface Book (Windows 10 1803). It installed ok, started and displayed the splash screen for a while, then vanished. Since it was pretty old, and Corel upgrades are very affordable, I decided to get the new 2018 version. A bonus is better support for pen and the new Surface Dial.

So I installed it, started it, admired the new splash screen briefly and wondered why it vanished just like the old one! After a bit of research, I found the problem was Windows Security related. I had to add all the Corel exe’s to ‘Allow access to controlled folders’ in Defender Security Centre > Virus & Threat Protection Settings > Manage Controlled Folder Access. I didn’t bother reinstalling 2012 but suspect the same thing would have fixed it too. 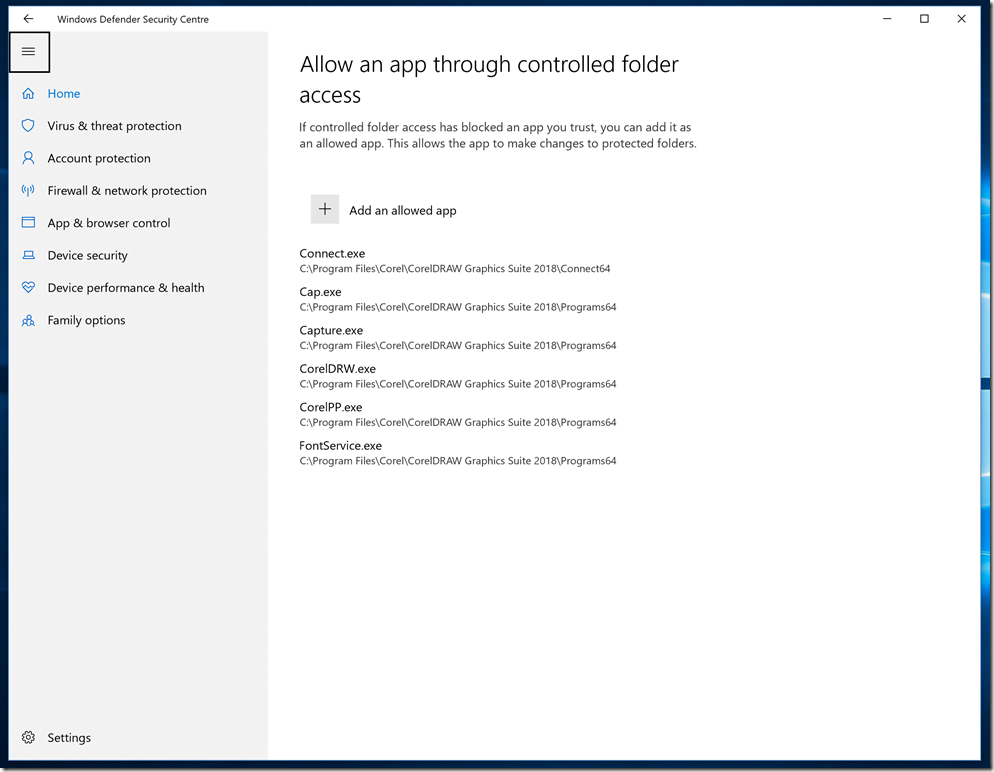 After that it was all good and I could make a new banner image, for the first time since 2015! 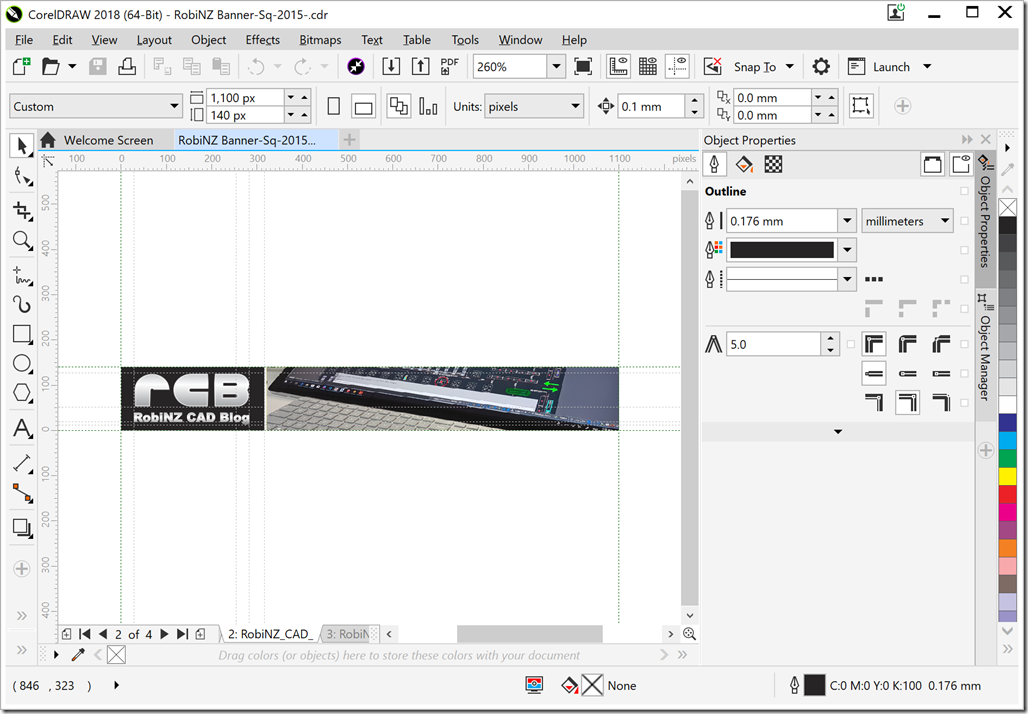 Wow, would have expected Microsoft, if anyone, to do this!

It took me a while to get the release Windows 10 installed on hardware which does it justice. I’d been trying the ‘insider’ builds on an old machine which only gave me a chance truly test one aspect of Microsoft’s latest operating system: how well it runs on minimal spec hardware.

I thought it was impressive Windows 10 installed on a 4 year old Netbook—Atom processor, 2GB ram, 1024x600 screen—at all, let alone run acceptably! It was useful to evaluate the desktop focused user interface improvements in 10, if not their performance.

Fixing Windows 8(.1) for the desktop? 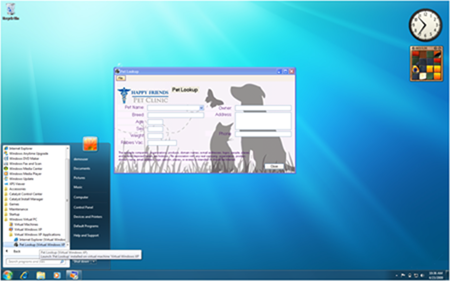 Although it seems few ‘desktop’ users liked Windows 8 UI, on a touch machine the radical changes from 7 mostly made sense. Perhaps the biggest fault was a reliance on ‘discovery’ of the fly-out controls/menus and, even in 8.1, dismal explanation of the changes for new/migrating users.

I’m one of the minority who preferred 8, even more so 8.1, on a desktop too. With frequently used apps pinned to the taskbar I rarely used the Start menu in 7. In 8 I found the ability to configure and name tile groups for lesser used apps on the Start Screen far more convenient than 7 Starts limited pinned icons, apps list or (even worse) a desktop full of application icons. 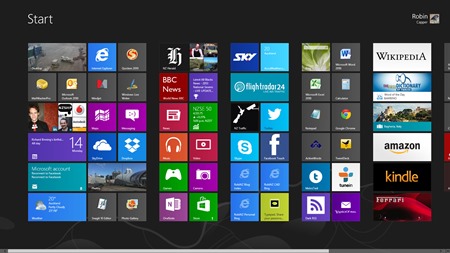 Yes, 8 jarred when the full screen menu appeared but the ‘Use desktop background” Start option introduced in 8.1 helped with that. The option to launch direct to the desktop meant you could almost avoid the Start screen altogether if the desktop was your focus.

Irrespective of that, and given the market reaction, Microsoft had to ‘fix’ 8 and their focus on the desktop in 10 is entirely understandable.

The thing I most worried about through the 10 preview was touch as it didn’t seem to get much attention until late in the process. Now I have the release 10 on my ATIV hybrid tablet I’m happy to find ‘fixing’ the desktop, ‘restoring’ the Start menu, hasn’t broken the touch interface.

I haven’t seriously used CAD/BIM on 10 yet and Autodesk do not yet officially support it (click for current details) for the design applications I own but they seem to launch and run OK.

But first, mixed experiences upgrading to 10

Oh my, feeling old ‘cause I’ve been using it since Corel 3… 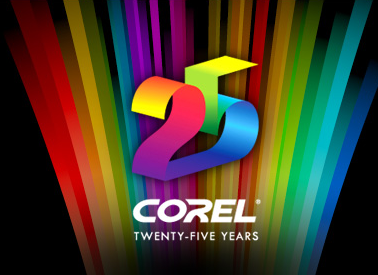 It’s our 25th birthday, and we can’t think of a better way to celebrate than to say thank you to all of the customers, partners and employees who have helped us grow from a tiny startup in Ottawa, Canada, to a global software company with customers on virtually every continent. There are plenty of ways to join the party and win, so get ready to have some fun! (runs Oct. 27 – Dec. 8, 2010)

The CorelDRAW X4 error 24 – details and an offer

If you have CorelDRAW X4 and it fails to start with an “Error 24” message read the post linked to below BEFORE June 30, 2010. It’s a very reasonable response to a problem all software vendors face.

“Based on all the tests we have done and all the information gathered, the "Product Installation Unsuccessful Please Reinstall Error 24" message will only be displayed when you are using a serial number that was not generated / sold by Corel Corporation or our partners, and that these have an expiry date of June 1, 2010 embedded.

Software piracy is a persistent issue that affects all of us. At the same time, we understand that some of you might have been the victim of software pirates and have inadvertently purchased an unauthorized copy of CorelDRAW Graphics Suite X4. We have therefore decided to provide you with an opportunity to purchase an authorized version of CorelDRAW Graphics Suite X4 if you are affected by the “Error 24” message.”

First, thank you all for your help and thank you for all who decided to take advantage of the amnesty program and provide us with their proof of purchase so that we can take the appropriate action.

A short thought on history, and CorelDRAW

I stumbled on this while checking out the latest CorelDRAW X5 release. I really liked the chronicle of CorelDRAW’s evolution and think it’s something every platform should record.*

I first used CorelDRAW 3, owned 4, 6, 7, 10 and currently 12. Not sure I’ll be going for X5 but it was nice to look back at the development of the graphics tool that satisfies my PC graphics requirements.

Celebrating more than 20 years of innovation in design 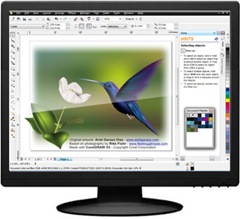 Imagine how dull documents would be if text and graphics could never be combined in the same file. Or, if you could imaginatively draw shapes, or carefully create diagrams, but never with the same program. Such was life on the PC before CorelDRAW...

Microsoft Interface Manager 7 and no Office 13?

But no Office 13 is just daft.

Maybe Autodesk didn’t have much luck with AutoCAD 13 and Corel went from CorelDRAW 12 to X3 but is there really a need to preserve stupid superstition in the logical world of IT?

I wonder if there will be an AutoCAD/Office 2012…

Vectortuts+ has some brilliant CorelDRAW tutorials. The latest, by Dimas Angga Permana, has step by step instructions to produce the watch seen below.

How To Create a Steel Wristwatch in Corel Draw | Vectortuts+ 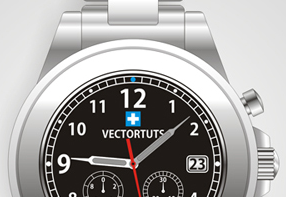 No application is perfect but the question - "Is CorelDRAW Awkward" - posed by Vectortuts+ got my attention. As an unofficial support geek I’m sometimes asked about image editing and graphics. People use lots of applications for that at work, even (my nightmare) Word, but there is one product line where I can’t help much.

People are usually surprised when.my response to a Photoshop problem is: “I can probably help with the process but not the detail, I don’t use Photoshop”. This it usually followed by one of those awkward, cue whistling wind and rolling tumbleweed imagery, silences as they wonder how you could do anything to an image without Photoshop. 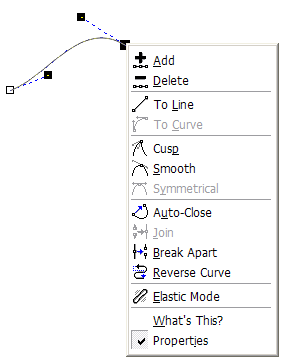 The answer is CorelDRAW, which has been my graphic tool of choice since, well since I used CorelDRAW 3, way back in the mists of time. I admit the initial reason was cost as Corel sold older versions at a heavy discount. It was a clever idea that got me hooked when the equivalent Adobe applications cost much more. Even when I purchased the current version of CorelDRAW Suite - which bundles Draw (vector layout/illustration tool), Paint (bitmap) and a selection of other tools – it cost less than Photoshop alone.

I must admit when I first used CorelDRAW it was awkward but my graphics experience prior to that was required markers, pastels, typeset or Letraset type, scalpel and gum.  Yes, I am old enough to remember when cut ‘n paste meant dealing with blades and the aroma of solvent based gum. M’mmm Bull Gum…

CorelDRAW introduced me to new concepts like the difference between Vector and Bitmap graphic editing, RGB or CMYK and a myriad of other things that were unique in this digital world. The first time I edited a Bezier curve was in CorelDraw. While they were awkward at first It still offers a degree of node control that I wish a some other applications could match. The same could be said for gradient/mesh fills, transparency, extrusion and shadow tools.

Although CorelDRAW, primarily a vector editor, integrates its basic bitmap tools PhotoPaint is the stand-alone “photo editor” that enables me to avoid Photoshop. It did suffer from a lack of development for several years – when Corel was lost in corporate meanderings - but still offers a pretty comprehensive set of image processing tools. Corel have acquired several other bitmap editors, Painter and PaintShop Pro, along the way which lead me to wonder if Corel PhotoPaint would be retired. Each has it’s strengths and own market share and, so far at least,  Corel seem to be developing them all.

I don’t use CorelTrace, a bitmap to vector convertor, much but now but loved it when I had to make those “line drawings” you see in newspaper advertisements (back when I was a contractor). A decent photo could be vectorised and look quite hand drawn by the time it was done. CorelDRAW didn’t make me a graphic designer but gave me the tools to achieve just about any graphic need for my role. Want to create a logo (or blog header), business card, advertisement, brochure, maybe just a barcode or edit an image? Fire up CorelDRAW.

So is CorelDRAW awkward? Not compared to manual editing or, from my experience, it’s opposition. It has even some UX features I wish others would consider. My favourite is its “one hand mouse only copy” where you select an object, drag it to where you want a duplicate and right click before releasing the left button to get a duplicate. (No control on the keyboard required). After a session in CorelDRAW I tend to try that in other applications! There are limitations, in Corel PhotoPaint more than Draw, but like any powerful software it rewards time and passion.

Check out the Vectortuts+ post which outlines their take on CorelDRAW features/pains. I don’t agree with some (why have Space Bar equal Pan when press/hold mouse button does?) but it’s worth a read and showcases a stunning collection of CorelDRAW work from real graphic artists.

CorelDRAW had its 20th anniversary just recently. If a software can stand for 20 years it couldn't be that bad, right? But yes, it looks awkward and many people simply ignore it, since it is not "cool" enough. Its designer community isn't large and the software itself has some disadvantages, which make it look a bit awkward. Let's reviews some advantages and disadvantages of using this software… 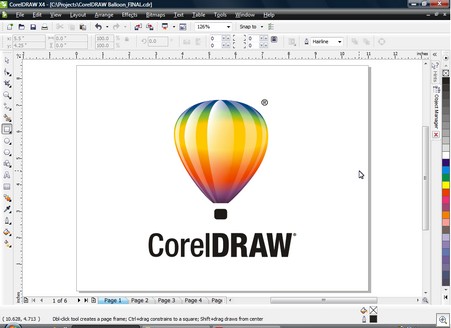 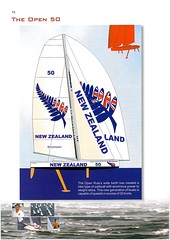 I haven't been using it for 20 years but CorelDRAW is an old friend. The first version I saw was CorelDRAW 3 (1992), the first I owned was CorelDRAW 4 (1993) and since then I've updated every few releases, currently on CorelDRAW 12.

For me it's still the best value Vector/Bitmap Graphics Suite around. I must admit that price was a very definite factor when I originally chose Corel, over Adobe. At the time CorelDRAW (the vector app) left Pagemaker/Illustrator for dead when it came to document editing and Photopaint was there in the box for free. I have no idea how that comparison would run today but my 20 year old graphics tool-box has served me well.

It's done everything from the most mundane image touch-up, simple combination vector/bitmap graphics (like my blog headers) to multiple page graphically intense publications (like the yacht sponsor proposal above right). The Corel Suite has been there with a range of tools which get the job out the door, or on to the web, and an array of file import/export filters to deal with a huge variety of types!

Thanks Corel, I look forward to the next 20 years!