Big announcement at Autodesk University AEC keynote today about integration of BIM 360 platform and its collaboration extension to other platforms: Civil 3D and AutoCAD included.
This is a significant change from "BIM 360" being a collection of cloud products, some on different clouds, to a single cloud infrastructure running all the BIM 360 functions. New capabilities stemming from this include insight into cloud and project data, a unified development & services platform, and integration of other design platforms (beyond Revit) for collaboration. 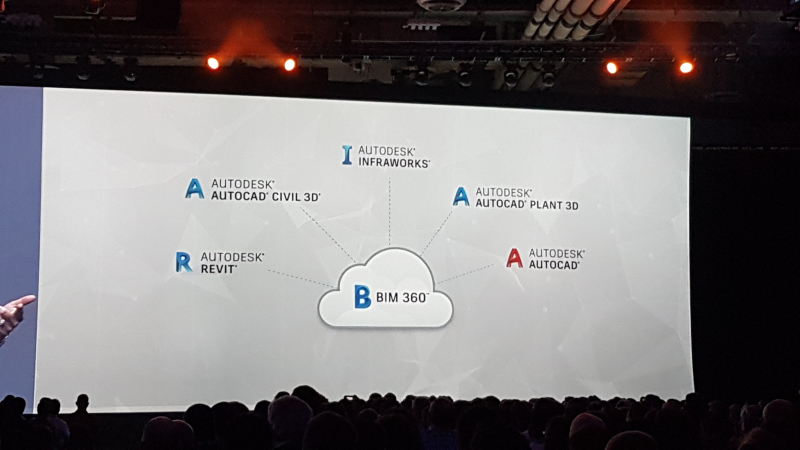 This creates a true common data environment living in a single cloud infrastructure with the Forge platform for customisation, AI enhancements and extension to other services and data sources. Huge innovations to a platform that is already powdering thousands of projects. 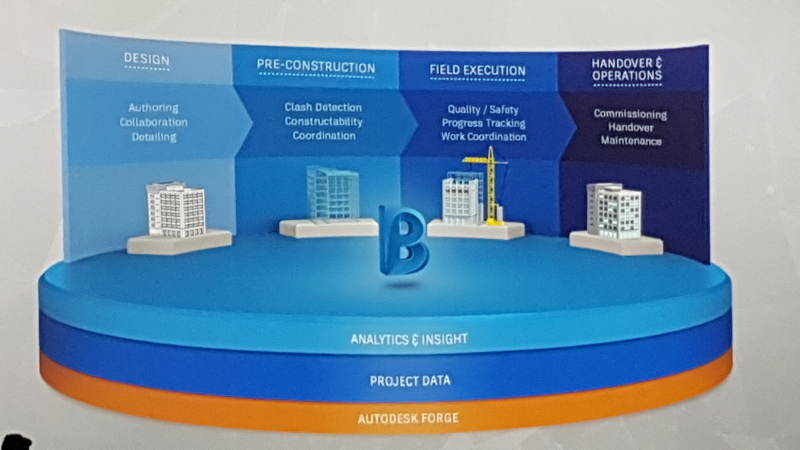 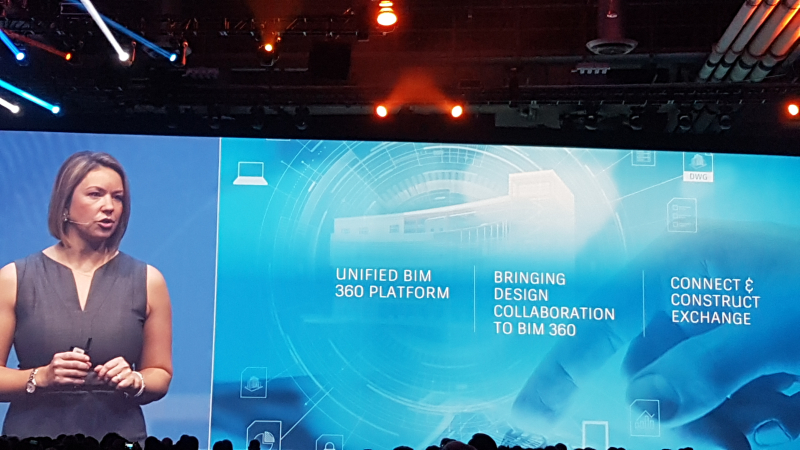 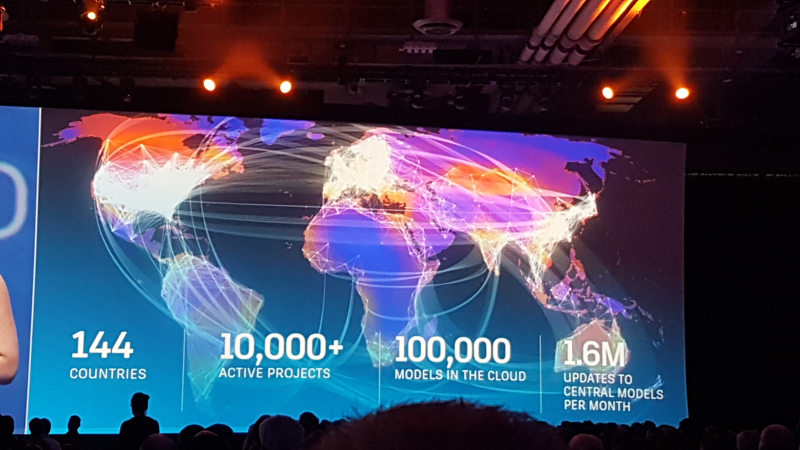 Wi-Fi may reveal more than you think–Dr Karl

With reality capture becoming an important part of CAD/BIM any advance of this technology should be of interest. Imagine a technology sensing physical geometry, human biometrics, even touch device input and speech remotely. Then imagine it doesn’t require any new hardware installation to generate this information, just to capture it…

Have a listen to this BBC podcast from 04:30 through 15:00 about what researchers are finding by analysing Wi-Fi signal interference. This is not device tracking or dependent on beacons, just the ambient Wi-Fi now present in almost every building and lots of public spaces.

For those who don’t know Dr Karl he’s got an amazingly broad science knowledge, per this summary from his wiki bio:

Dr Karl Kruszelnicki, often referred to as "Dr Karl", is a well-known Australian science communicator and populariser, who is known as an author and science commentator on Australian radio and television.

Has Bachelor of Science majoring in physics, Bachelor of Medicine and a Bachelor of Surgery, awarded a Master of Biomedical Engineering & is currently the Julius Sumner Miller Fellow in the Science Foundation for Physics at the School of Physics, University of Sydney.

It was interesting to try Microsoft Cognitive Services & Bots after seeing the keynote presentation* from the recent Build conference. I thought www.captionbot.ai did quite well with this photo of Alfie considering the mix of elements in the image. 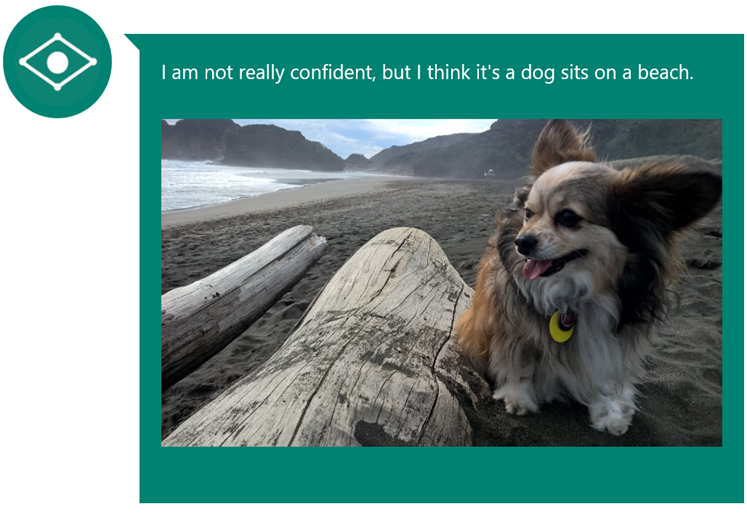 Writing a caption for a dog photo is amusingly impressive but this real application of cognitive computing is magical: 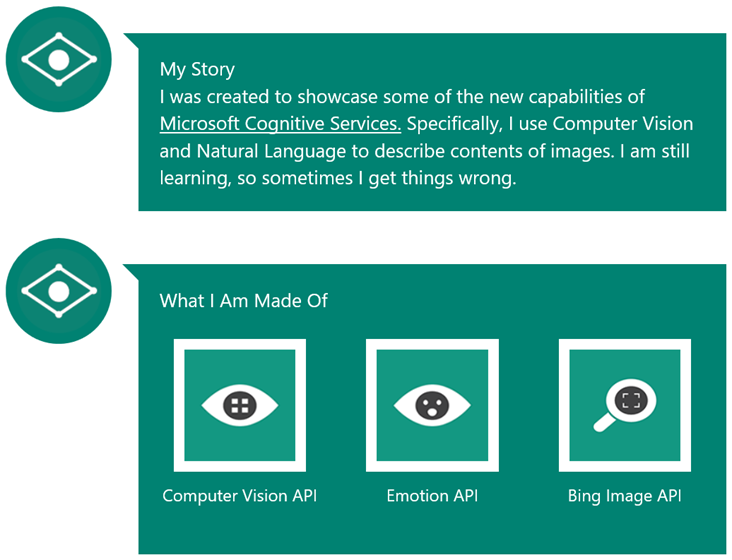 * Click on the time below to launch the relevant section of the Build Day 1 Keynote video:

If, like me, you didn’t get to the reality capture conference Real2015 you can view the sessions on demand. An amazing collection of topics, see a sample in the summary video below.

Get Ready for REAL 2016 by taking a look back at last year’s ground breaking summit. The inaugural year of REAL was an amazing exploration of the convergence of 3d sensing, making & visualization. Relive and experience leading designers, artists, entrepreneurs & educators discussing the latest innovations in this 3D revolution.

Meetup to learn about Windows 10

Tomorrow evening’s Microsoft Cloud & Infrastructure Meetup is a look at Windows 10. Meetup at Microsoft Auckland from 17:00 for pizza, beer and networking followed by a demo and open forum discussion. I’ll be there, if you want to come just RSVP via meetup.

Welcome back! We start this year off with a great Meet Up. Join us to hear Nathan Mercer present the new Windows 10 and how it's the most personal version to date, sharing apps, services and content across all your Windows 10 devices. See a demo of Windows 10 and be ready for plenty of discussion 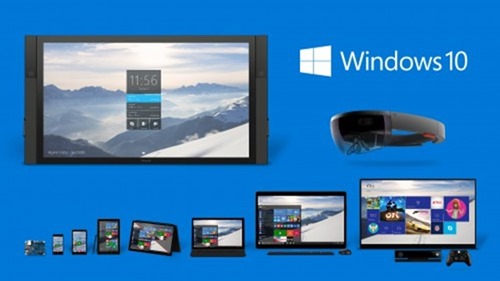 If you are interested in learning about laser scanning, photogrammetry or other reality data with Autodesk ReCap (part of Autodesk 360 & Building Design Suites):

There is a free webinar series being hosted by the Autodesk Reality Solutions team.  If you want to know more about how to incorporate laser scanning, photogrammetry or other reality data into your workflow, this might be a great resource for you.  These are available to everyone, no matter what country you are in*.

The first scheduled webinar on May 13th will focus on 3D laser scanners and ReCap entitled "The basics of terrestrial 3D laser scanning with ReCap". Please use this link to sign up:

The 30 minutes discussion will describe best practices for using a 3D laser scanner in different environments for getting the best possible models into ReCap.

I visited the Autodesk Fusion 360 site today—documenting some changes to Autodesk Building Design Suite—and thought they were winding me up.

Fusion 360 is part of the Autodesk 360 family and the page (below) features “3D CAD like never before” with Gus Petrika’s lovely ‘The Hook’ wearable phone. The design is awesome and features (it appears) Windows Phone tiles (right).

Thing is, guess how many Autodesk Windows Phone applications there are? Not lots, not a few, none at all!

That’s not Gus’ fault, he just chose the best mobile OS for his lovely device. Pity Autodesk don’t do the same! 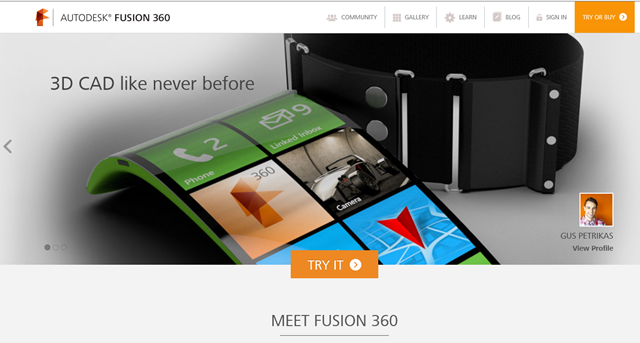 I’m a OneNote novice, just basic lists and notes, but have used it more since the arrival of Microsoft Accounts & SkyDrive integration in Windows 8/Windows Phone 8

Edwin’s question prompted me to take another look at Evernote. I’m not about to change but discovered some new things about OneNote in the comparisons!

“Every time I’ve tried Evernote it has been a disappointment.  OneNote is far more flexible and feature-rich.  Of course, both Evernote and OneNote have multiple different app versions that vary in features and quality across each operating system and platform…”

This video has an interesting comparison:

The more I use OneNote the more impressive I find it. I find it puzzling that Microsoft seem to underplay OneNote, especially in the Tablet space, as it is nice application. They make a big deal about ‘Office’ on Windows Tablets & Phone than OneNote. Combined with the ink input (with its background text recognition) in Windows you get a free form editor which can combine typed, sketched, web and image info in a single, searchable resource.

I didn’t realise the Insert>Record meeting (with sync'd notes) capability was in there until recently.

Hit record and OneNote embeds a media file. Take notes and it remembers the time the note was added.

To review just click on the text and OneNote plays that portion of the embedded audio/video. Surely a boon to anyone conducting interviews where an audio reference, say to check that quote you scribbled, is valuable.

Although I love the ink capability in MindManager and the way it imposes a structure to your notes.

I’m not a list person, although my grocery list is in OneNote!, and find the tree structure of mind maps far more natural. 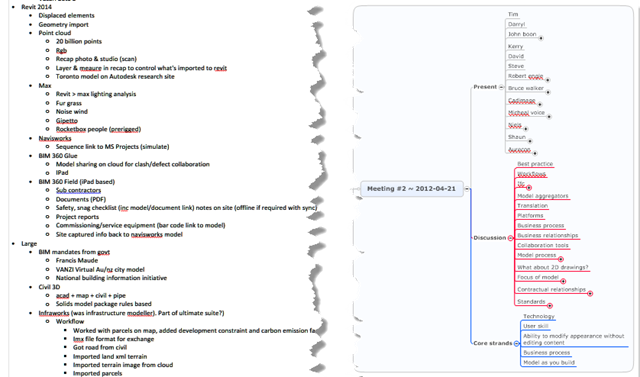 However the lack of a Windows Phone MindManager application (although FTSMind is pretty good) means I’ve been using OneNote more frequently and really like it.

The new Autodesk.com and 2014 products revealed

Check out the announcement below and details at http://www.autodesk.com/

I’ve had a peak a some of the 2014 line-up and will be posting about the release product when they are available. 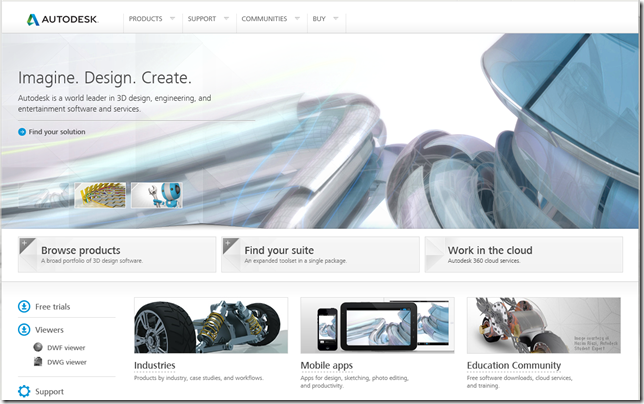