Ferrari Boss, Luca di Montezemolo, has been appointed Chairman of FIAT. He was responsible for the transformation of Ferrari and I hope can do the same for FIAT. BBC NEWS | Ferrari boss lands top Fiat job Read more →

TUMONZ Version 2 - The Ultimate Map of New Zealand gets better 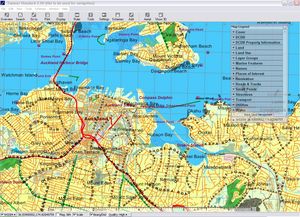 TUMONZ have released an updated map engine (Version 2). This this adds new tools and simpler inteface to the already excellent existing product. I think the biggest improvement is that the core map and user objects can use transparency and textures. Combined with the new "rendering engine" this gives much better display of areas and also street names. Another major improvement for cycling and trampers is the ability to get a true profile of any route or ruler line plotted on the map. This is fantastic although knowing whats ahead isn't always a good thing! The images show 2 views... Read more →

“We sponsored Chris’ rig because he is one of the true achievers in New Zealand sailing,” said David Barnaby, Southern Spars’ Designer. “In the 1999 event he was third in a boat he built himself.” “Last year he lost his new boat in the Tasman after hitting a submerged object. But we were really impressed by his determination to start again from scratch and build another boat and compete successfully.” Southern Spars : world leaders in carbon spar design and engineering Read more →

h2g2 - The Hitchhiker's Guide to the Galaxy

The Guide to Life, The Universe and Everything. BBC - h2g2 - The Hitchhiker's Guide to the Galaxy What is h2g2? h2g2 is an unconventional guide to life, the universe and everything, an encyclopaedic project where entries are written by people from all over the world. h2g2 was launched in April 1999, and the BBC took over the running of the site in February 2001. The Guide is written by visitors to the website - people like you - and already it has thousands of entries on all sorts of subjects. The result is a living, breathing guide that's constantly... Read more →

You are going to hit an offset barrier at 40mph (65km/h), no escape... Is bigger is better? New Mini or SUV, which would you rather be in? Crash Testing: MINI Cooper vs Ford F150 For more information on the rise of the SUV have a look at this excellent article by Malcolm Gladwell. Big and Bad: How the S.U.V. ran over automotive safety. Maybe I'm just biased against these things. I have to run the gauntlet of people taking their children to school or city commuting in their "safe" monster SUV's. Cars don't come much smaller than mine and their... Read more → 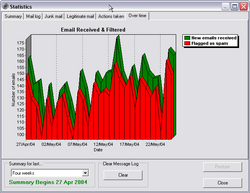 Out of 19,763 emails sent to me in the past several months 18,272 were spam (92%). Do I get a lot of spam or not many legitimate emails? Well, I get hardly any spam as I have Mailwasher. It lets me delete junk mail at the server before downloading. Its great software and in addition to the time saving there is great satisfaction blitzing all that junk mail before it even gets to you. However, I do wonder how much better the internet would be without all that junk flowing around. Read more →

These take a while to download on dialup but are beautifully done, worth the wait. I cant read the text, english translation anyone? Real or fake, What do you think? Go to Ugly Zoo Read more →

Hans Grootegoed of CADPRO gave us an excellent presentation & demo of ProSteel 3D. This is a Structural Steel BIM & Detailing package based on AutoCAD object Arx technology. It allows modelling of the complete steel structure complete with all connection, splice and fastening details. The model can be scheduled, output as 2D or 3D assembly views, and also 2d component fabrication drawings. It was an impressive display of BIM in action. ProSteel 3D International Web Site Read more → Is his Blog article, Workflow - Modelling, Beau Turner commented on how ADT had changed his workflow in architectural projects. In reply to a comment I made he asked how it had changed ours. Coincidentally, a request at work for a drawing change was a perfect example of how ADT makes simple what could be a problem in a "non-object" CAD program. Seemed like a good idea for an article... Before ADT: Before ADT our layout plans were drawn in 2d AutoCAD LT. They looked basically identical to the “medium ADT plan” view today but we used AutoCAD blocks for... Read more →