I remember making that first Kiva loan and didn’t think that seven years later would have made over 500 loans (many reinvested). What I find amazing, given the tough circumstances of many borrowers, is less than 1% default. Thanks to RobiNZ blog readers and advertisers.

Seven years ago today, I joined Kiva to change lives around the world.

Kiva gives you the chance to make small loans to borrowers working to start businesses and improve their lives. I'm already lending on Kiva and thought you'd like to join me! 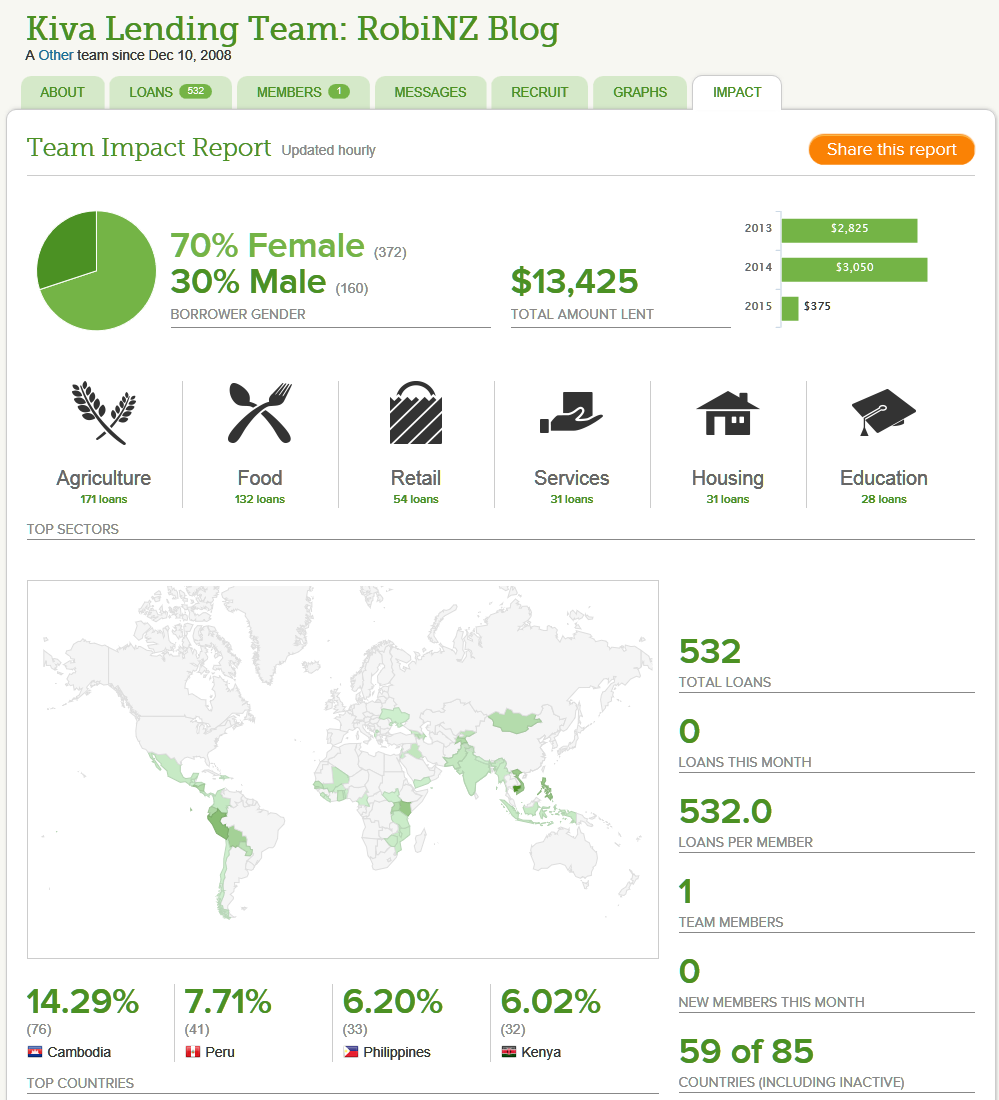 Facebook’s algorithms decided these posts were not important to me and hid them in the Newsfeed ‘Top Stories’ mode (which I gather is the default). It seems more ‘popular’ (from the same people) or ‘liked’ sponsor posts from others take precedence. I only discovered them when I saw one briefly appear on my tablet Facebook app live tile then switched to “most recent” in the feed display.

I understand the need to filter feed content (or it would be overwhelming) but find the way it does this frustrating. I’m not a Facebook expert but can’t see any way for an author to control ‘importance’ or priority of their content.

There are lots of other reasons I don't like Facebook but it is the only web presence for many people I know. My strategy to is to create the content I value on my blog(s), where I control it, and cross post a link to Facebook so they can see it. I can’t understand, especially companies, using Facebook as the place to author/host anything you really value.

I requested my Twitter archive and created this summary with Wordle. A neat way to see what, and who, has got my attention on Twitter since joining in 2009 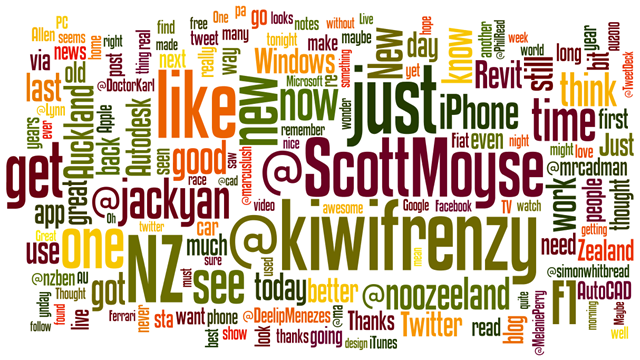 I don't chase blog stats but wondered what the demise of Google Reader would mean for RSS use. It appears that Feedburner (which I use for watching that) is either broken or blatantly lies.

My Feedburner Subscribers (the green line below) plummeted from ~9500 to ~250 after Google Reader closed. I wondered if there were thousands of zombie Reader accounts boosting the FeedBurner stats?

Now it appears FeedBurner is randomly fluctuating between reporting several hundred and tens of thousands of subscribers.

My conclusion: Google FeedBurner is either totally unreliable rubbish or is deliberately misreporting stats. If that is the case with FeedBurner what does it mean for the Google’s other stats service which is widely used to evaluate Google advertising effectiveness…?

A while ago I decided it was time for a blog redesign. After considering lots of options, including radical change based on entirely new templates and a fun diversion, I have settled on some simple tweaks:

Back to the future?

This squaring up may be slightly influenced by the Windows 8 look Microsoft no longer call Metro as I have been quite taken with that after playing with the preview. However it has some history as relates to my first image based banner from way back in 2004.

No code was hurt in the making of this blog

Although TypePad design templates (right) make this sort of change painless, no coding required, you can still spend quite a lot of time playing around.

Who sees it anyway?

Then I wonder, when so many read blogs via reader sites and applications which just consume the RSS Feed content does anybody actually still see or care about the site design?

Oh well, for my own records and amusement if nothing else: 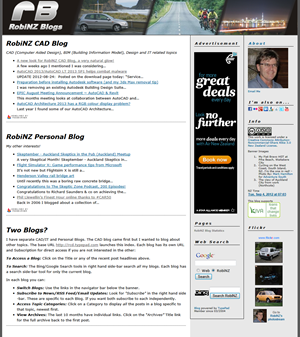 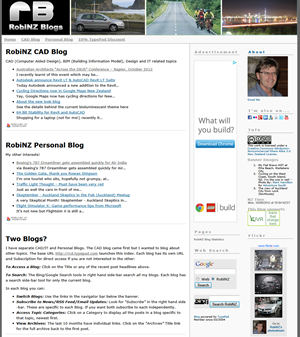 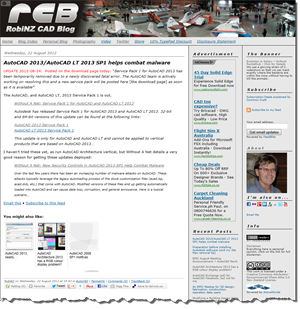 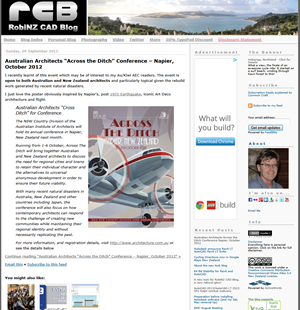 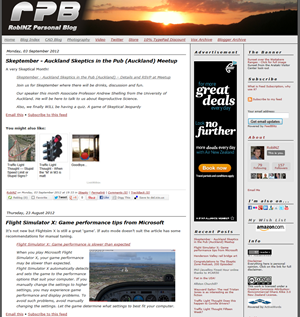 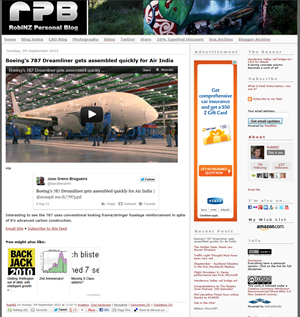 It was great to find Odd Todd  on Twitter last night. Had been a while since I visited his site and I did not realise he was tweeting. Little did I know it would also help cure Alfie’s recent annoying behaviour of barking, seemingly at nothing, from about 19:00 till bedtime.

As I read Odd Todd’s recent tweets Alfie started barking, again. Then I saw this:

What is bizarre, ok maybe just Odd, was I said to him (in a normal tone of voice) “What’s 1 + 1”? and he was silent, with a puzzled look, for quite a long time.

I realise there could be other explanations but tried again tonight. 1 + 1 only worked for a few seconds but it has been over an hour since I followed up with: “What is the square root of 96”? Not even a whimper since…

Now it seems I will have to come up with increasingly complex math problems to silence the pooch. A bit concerning if it gets as far as algebra and calculus as he will likely leave me for dead. 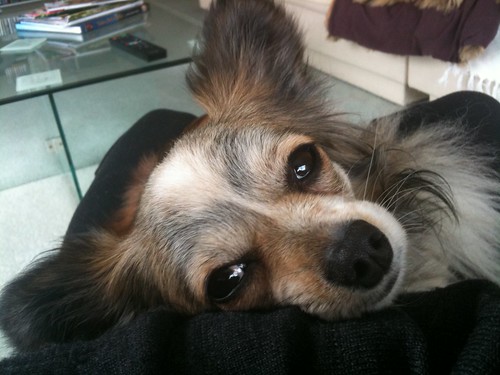 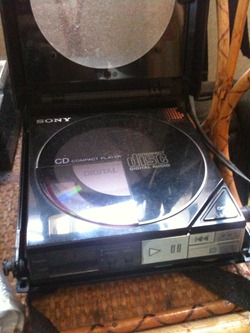 My first thought when I saw the “Friday Flashback” post on the Sony Blog was: “What do they mean, Flashback?”. My first CD Player is still in regular use, as good as the day it left the factory!

1984: Ghostbusters made its ways onto the big screen, Los Angeles hosted athletes from around the globe and the first ever flight in space by a human untethered using jet back packs happened. What better way to rock out to all these 80’s milestones than by pulling out a Sony Walkman® CD player. Introduced in 1984 and very shortly after the concept of CD players were introduced, the D-50 was world’s first portable CD player. The CD player was compact for its time equalling the size of approximately four CD cases with a weight of around 590g. Offered for less than 50,000 yen, this device sparked the adoption of the CD… [cont] 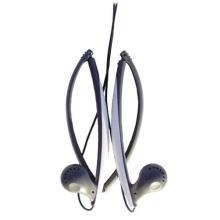 The 6 x C cell battery pack made it more luggable, than truly mobile, and from memory rechargeable cells (not the recommended alkaline) lasted about 3 hours. It survived many trips in the car with one of those cassette adaptors and a cigarette lighter power adaptor (which I also still have!).

I wonder if Sony were conservative with their first small CD player as its construction is solid, many steel components where later players used plastic. After the car CD arrived it was relegated to home but still gets occasional use. The CD in the photo, taken today, is spinning and sounds just fine.

If only they’d reissue my favourite headphones from that era, right, or a new version with the same form factor. I just got some new Sony ear buds which do sound better and leave those shite ones Apple supply with their iPhone for dead. However, I can’t wear them for as long as these sideways drivers which fit, me at least, better and left your ear feeling more “airy” thanks to the no-plug factor.