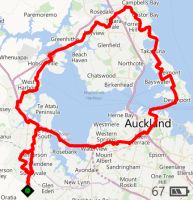 Although the GPS tracked 76km this is a 73km ride. I joined the North Western cycle path in Henderson and headed for the city. Apart from crossing St Lukes road (near Western Springs) you can ride all the way to the ferry terminal without going on the road. Jumped on the Devonport ferry and a chance to do 3km without turning a pedal. On arrival in Devonport head up the hill and follow Victoria Rd to the Ngataringa cycle path. I joined the road for a bit, heading back onto the cycle path from Bayswater Rd (beside the cemetery). Photo:... Read more →

McLaren, on the trail of Bruce McLaren in Auckland

Woking, England, is the home of the modern McLaren but their founder is a Kiwi icon. They returned to New Zealand to retrace, in the 650S Spider road car, some of Bruce’s formative drives and visit the many McLaren related landmarks around Auckland. On The Trail Of Bruce McLaren - cars.mclaren.com Today McLaren’s home is in Woking, England, but the story started nearly 80 years ago on the other side of the world. We return to New Zealand in a 650S Spider to trace the early years of our company’s eponymous founder, Bruce McLaren… They are familiar to me and... Read more → 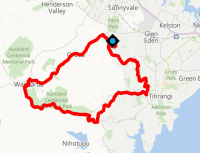 Short local loop, some quiet back roads and a bit of bush single track (shared, so not racy) and a section of the Scenic Drive. Just 23km but 600m climbing and a fun tarmac descent down West Coast Rd (max 62 km/h without pedalling!). Read more →

Alfie pondering, leap or not?

Quite a bit of rain made this more of a jump than normal. He did it, but not without a bit of a think.. Overspill on the Upper Nihotupu dam was pretty too, but made climbing the steps up the face a bit damp. Plenty of water for westie Aucklanders to drink. Read more →

The Hillary Trail is a linked series of walks in the beautiful Waitakere Ranges. Have explored most of these places, many are regular ‘Alfie walks’ or road cycles from home. Amazing to think all this just a few kilometres up the road from home, about an hour from Auckland’s CBD (except maybe at rush hour!). * This is my first blog posted from Live Writer on Windows 10! Read more → 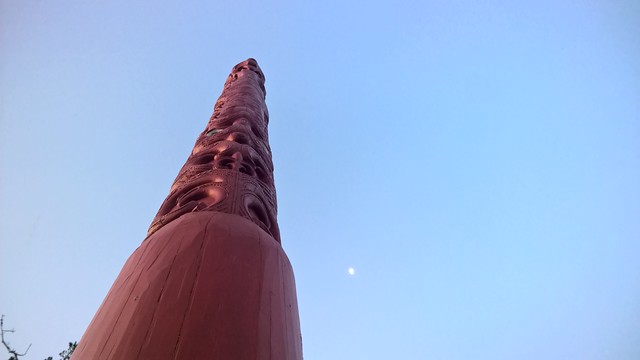 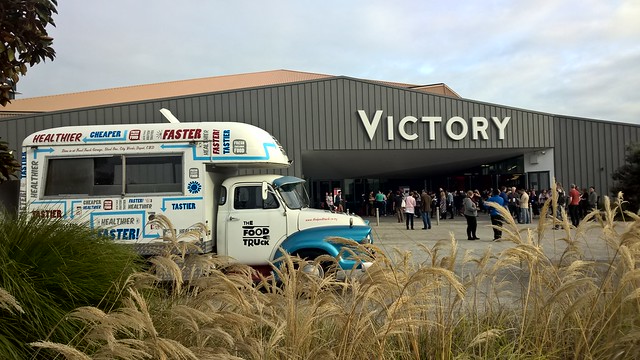 My notes & photos from TEDx Auckland 2015. I only took the phone (for both notes & photos) and was sitting right at the back of the hall so my shots are a bit ‘distant’. The italics are the speaker profiles sent out by TEDx Auckland The bullet points my OneNote notes taken on the day (which may contain errors) and a few post-TEDx thoughts after. SIOUXSIE WILES Award-winning scientist Dr. Siouxsie Wiles describes herself as a microbiologist and bioluminescence enthusiast but to others she is “that pink-haired science lady”. She believes that playmakers like Lego should lead the way... Read more →

The dog made me wonder 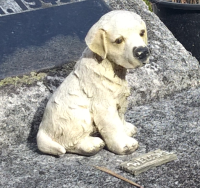 There are lots of plots with ornaments in Waikumete Cemetery but a small, lonely looking, dog — seen while I was walking the dog — made me wonder about the story behind these graves. it wasn’t new, but appeared less weathered than the grave it was minding. A small sign at its feet just said “Welcome”. Jane was born May 17 1944 and died on January 11 1945. Twin sister Susan in the grave beside just a few days later on January 19 1945. No family name or other details. I wonder about tragedy behind these brief lives and the... Read more →

That awkward moment when you realise it it's too warm to wear the top you had on when left home to walk the dog, then realise that means you're wearing "The Skeptics' Guide To The Universe Down Under Zombie Koala T Shirt" in a cemetery. I did pick a path which kept me far away from those who might be there for more solemn reasons than dog walking. Sent from my Lumia 1520 Windows Phone Read more →