I saw The Blue Bike on Sky NZ (Living Channel) and loved it. I’m a recreational cyclist who can totally relate to struggling up mountains (South Island NZ in my case) but thought the story was amazing and nicely captured. Although not currently listed for another screening they often repeat programmes & I recommend keeping an eye out for it. The Blue Bike Documentary | Great friendships should be celebrated This is a story about a wonderful vintage bicycle that captured the imagination of a young boy and created a life long friendship between two very different people… Read more →

Look at the categories which feature then think what is consigned to "Other Sports". Read more →

Karun Chandhok, Formula 1 driver, comments on a tweet nominating him as the next Stig: http://twitter.com/karunchandhok/status/22914953975 Read more →

Jesus might have been a bit Jewish… or was he English? 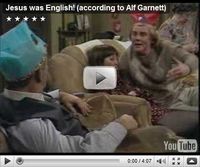 According to Alf Garnett he was… Come on U.K. TV, this classic deserves a repeat. Read more →

FSM Sighting on The IT Crowd

It’s been there all the time but I just noticed the FSM on the wall behind Moss. Cool to see his noodley touch in this classic comedy. It’s currently in never-ending repeat mode on U.K. TV but rewards repeat viewing so I don’t mind! www.channel4.com the-it-crowd Read more → 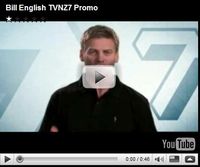 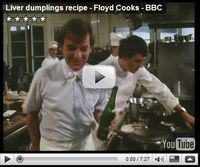 Long before Gordon was effing, before Jamie was lisping or the myriad of “personality chefs” took over primetime TV I remember watching a cooking show for the sheer personality of the host, and I don’t really like cooking! The Stranglers theme introduced Keith Floyd, a cook (it’s what he called himself) who was as interested in people, places and wine as the food the show was supposed to be about. It wasn’t all slick, it wasn’t all scripted and he often resorted to on-screen direction of the camera “come in closer Clive” (or Dennis or Malcolm) but the passion and... Read more →

Media icons Brian Edwards and Judy Callingham are blogging as part of their media business site. It's pretty new but there are already some gems, the Easter Trading nonsense , and some nonsense, Paul... Read more →

Legend of the Seeker, falls apart when you know where

I don't like fantasy, I'm the Kiwi who hasn't seen LOTR, but watched the first ten minutes of Legend of the Seeker as it followed after Top Gear. The opening chase scene was dramatic but fantasy fe... Read more →