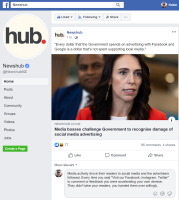 'Media actively drove their readers to social media and the advertisers followed. Every time you said "Visit our Facebook, Instagram, Twitter" to comment or feedback you were accelerating your own demise. They didn't take your readers, you handed them over willingly.' My response to: 'Media bosses challenge Government to recognise damage of social media advertising' where media bosses accuse social media of 'taking' , 'stealing', 'scooping up' revenue for eyeballs they actively sent to social media. Look where they are... Read more →

For a radio show to bill itself “The most interesting radio show on the planet”, see below, sounds like quite a boast. However, Weekend Variety Wireless (WVW), formerly, on Radio Live (8pm to Midnight Saturday & Sunday) lived up to that billing. It was an eclectic mix of science, music, scepticism, art, history, topical media and current events reviews all superbly orchestrated and hosted by Graeme Hill. It seemed to follow his whimsy, an interview on the physics of string theory might be followed by the best pie awards, and was all the better for it. Although the on air... Read more → 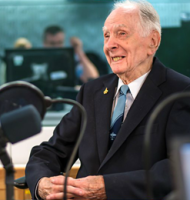 I've been listening to old BBC Desert Island Discs recently. Heard this one featuring Captain Eric 'Winkle' Brown on the way to work this* morning (recorded when he was 95). Kirsty Young's guest is former Royal Navy test pilot Captain Eric 'Winkle' Brown - the programme's 3000th edition. The Fleet Air Arm's most decorated pilot, his life reads like a handbook in beating the odds. http://www.bbc.co.uk/programmes/b04nvgq1 Licensing means they cut most the music from the Podcast (leaving 10 second clips) but it was great to hear him recount some of the exploits which determined his choice of music. Captain Eric... Read more →

Thanks to Radio Live for posting this brilliant series on-line. Shipwreck Tales with John McCrystal airs after the 23:00 Sunday news on Radio Live and features a new shipwreck tale every week. Gripping, often harrowing, tales of survival (or not) from maritime history. A must listen Live or on-line here: Shipwreck Tales with John McCrystal - www.radiolive.co.nz Read more → 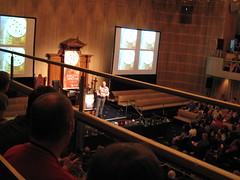 Although this was first broadcast in 2007 I just discovered it thanks to a recent replay. I love Dr Karl's podcasts on ABC Triple J & BBC 5 Live and saw his awesome presentation at TAMOZ 2010 (right). This conversation is remarkable for his parents story, as much as his own. I’m glad it was repeated, it’s well worth your time: Dr Karl Kruszelnicki - ABC Conversations with Richard Fidler Dr Karl is famous for his boundless enthusiasm for all things science. But the details of his own incredible life are less familiar - before he became a medical doctor,... Read more → 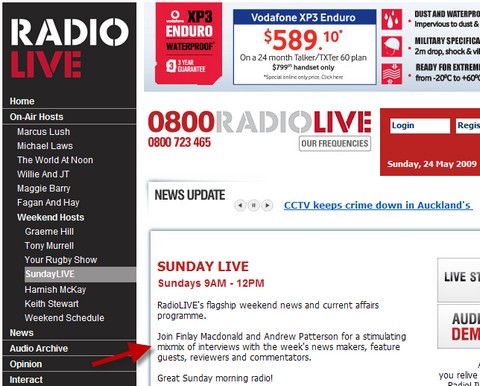 If you'd asked me to describe Sunday Live, Radio Live's Sunday morning show, I'd have borrowed the description they used on their own web-page: A stimulating mix of interviews with the week's news makers, feature guests, reviewers and commentators. Great Sunday morning radio! It seems the management, maybe the ratings, didn't agree as today was the last ever Sunday Live. It appears the web team didn't spend much time on it as a rather obvious typo shows (arrowed mxmix below). I enjoyed Finlay, Andrew and friends views on current affairs, interviews and entertainment reviews. The first hour review of the... Read more →

Media icons Brian Edwards and Judy Callingham are blogging as part of their media business site. It's pretty new but there are already some gems, the Easter Trading nonsense , and some nonsense, Paul... Read more → 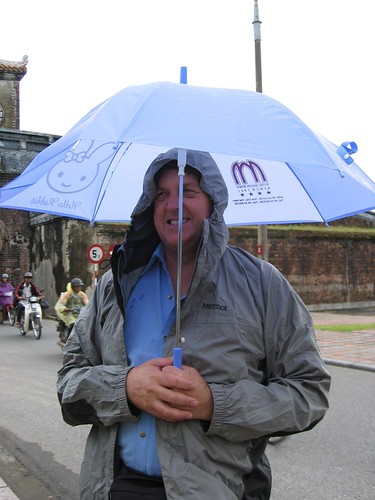 I remember how delighted Larry was with this stylish, hotel provided, Hello Rabbit umbrella in Hue, Viet Nam. I imagine he's just as happy now that BIG 106.2 , Auckland's newest radio station is on... Read more → 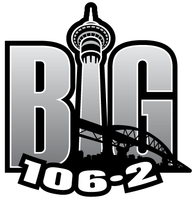 Last time I saw Larry, he was on a bicycle in Viet Nam. Today he showed a brand new radio station he's building (next door to my work). BIG FM is coming to Auckland soon. BIG 106.2 FM - ww... Read more →