Just a bit less of me

A “The Conversation” tweet about weight loss caught my eye yesterday. I know, thanks to an old blog post, in November 2006 I weighed 68 kg. I also know, thanks to another old blog post, I also weighed ~68 kg in 2013 but had been up to 75 kg sometime in between. I’m currently back down to about ~67 kg and wondered how their tips applied to what I have been doing over the past few years. 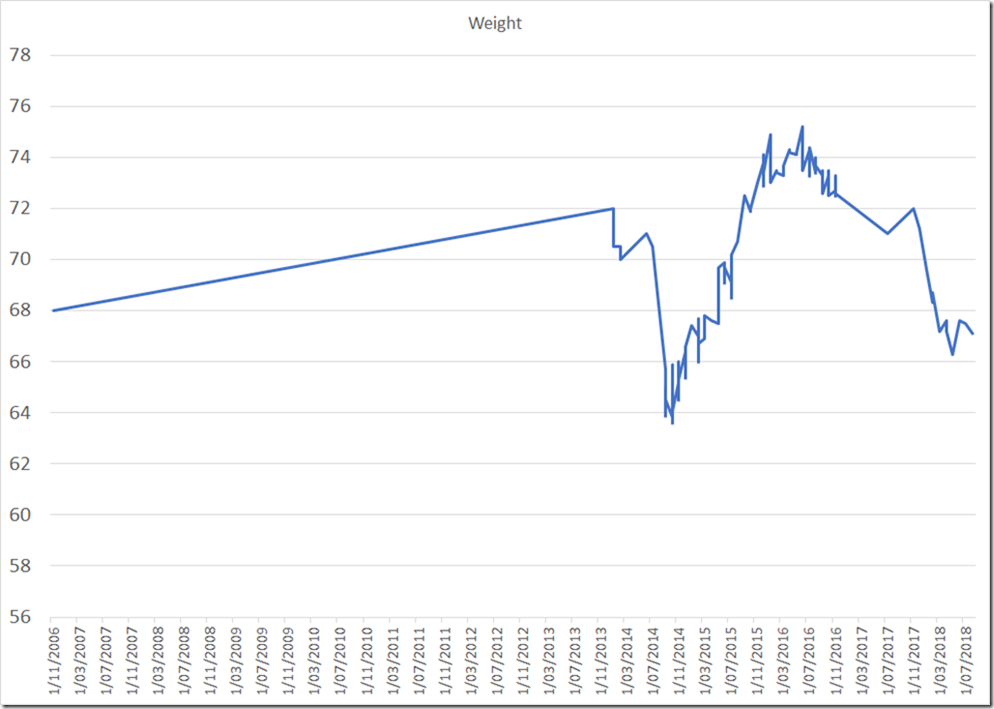 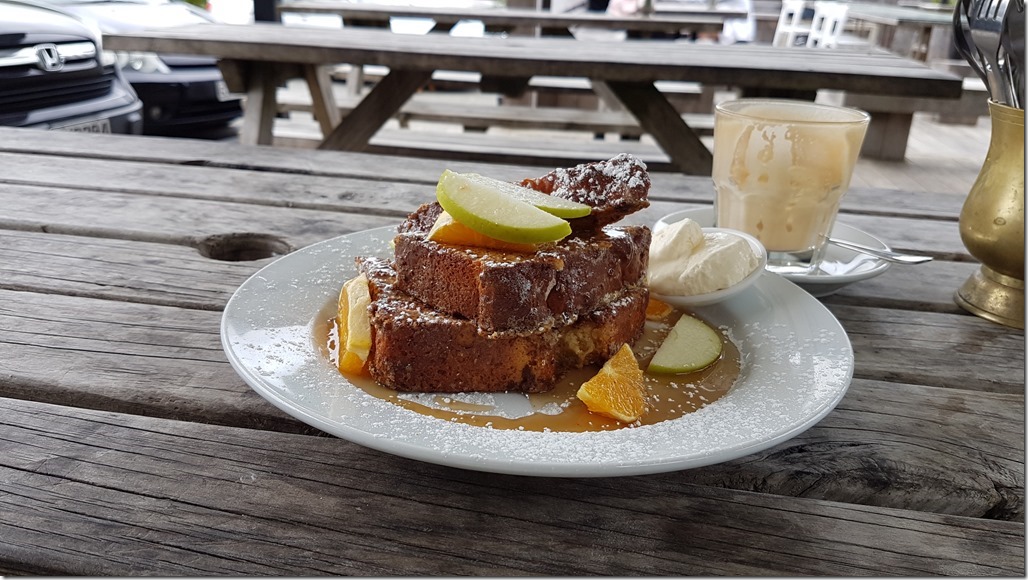 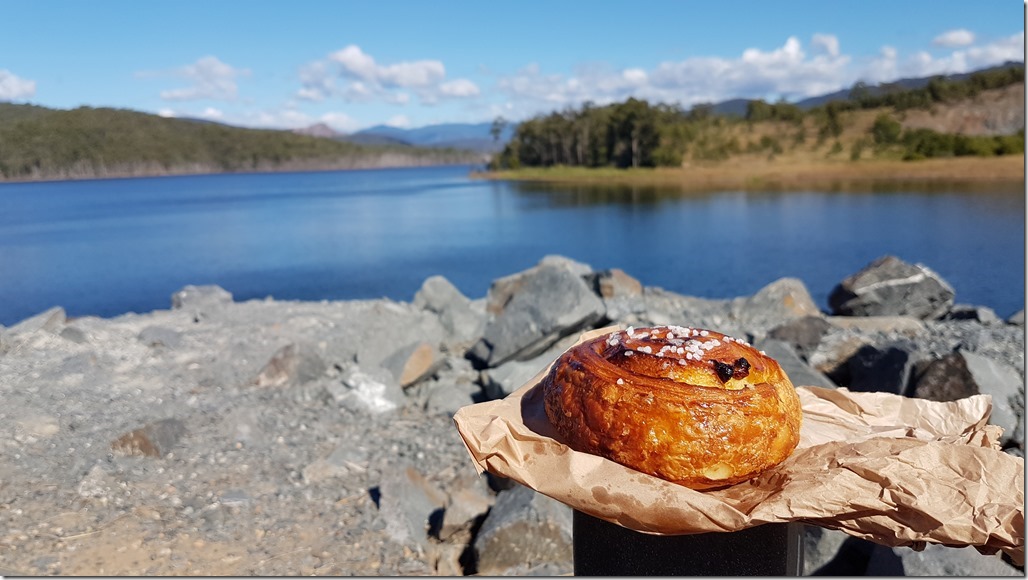 They don't mention exercise which seems odd. Although you can’t burn off everything I think it is vital. For me that means walking and cycling because I hate running and gyms. Cycle commuting helps when I can manage it. About 70 km a day makes it a good ride but only when it fits around other activities and in favourable weather. I don't mind it being cold or wet but not the combination of those two! 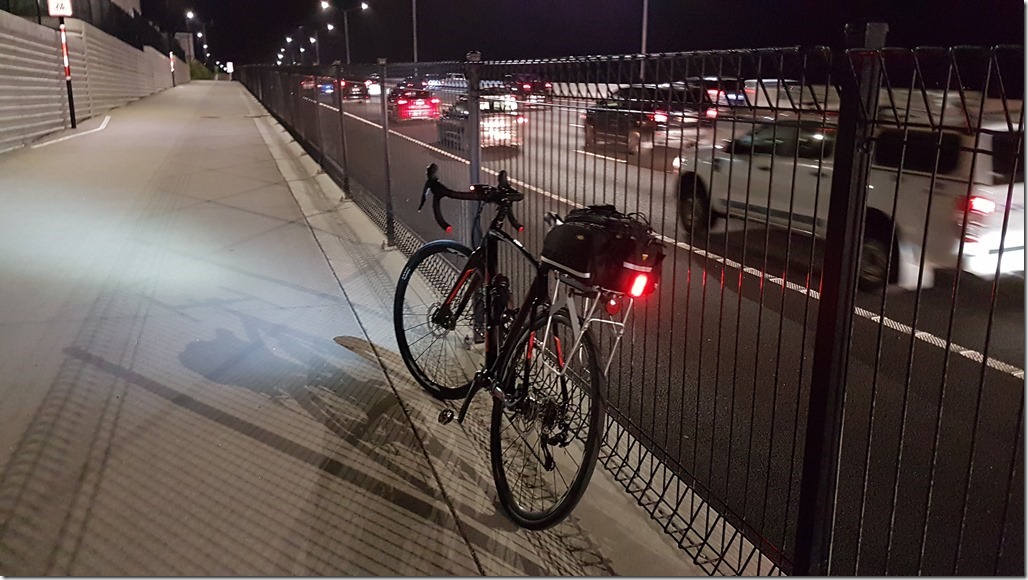 I can recommend one strategy to lose a lot of weight while eating as much awesome food as you can… cycle 900 km along the Himalayas! That is the reason for the big dip in 2014. One of our mid-ride hotels had scales in the room which showed I had lost 3 kg in a week of cycling and eating. I didn't believe them, they were cheap looking old mechanical type, but upon getting home found I dropped from about 68 kg to 64 kg in a few weeks and I was one of the fortunate few who didn't get the dreaded lurgi! 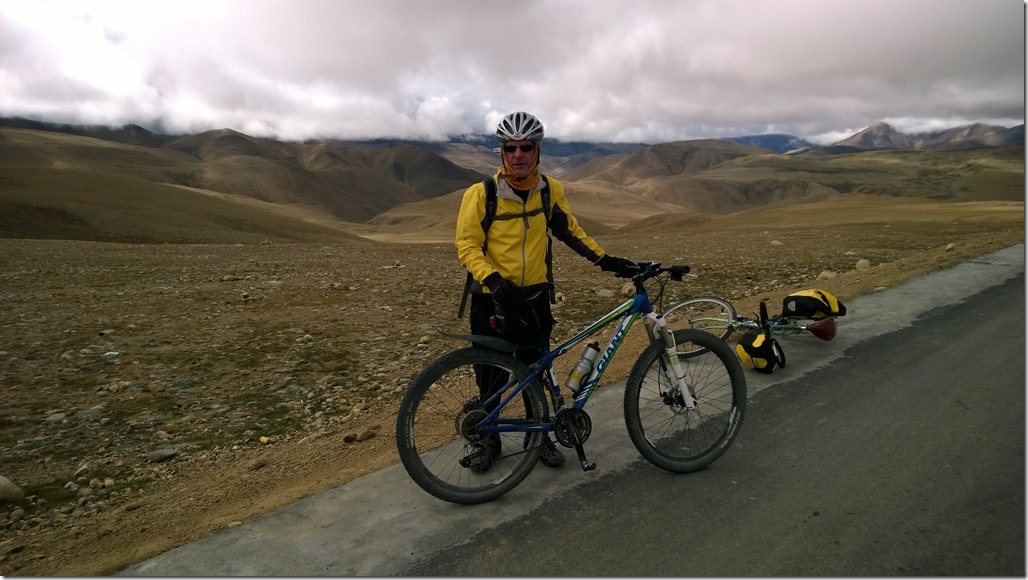 I like driving but was thinking in car tonight. When commuting by car/bus/train life begins when you get home. By bike as soon as you leave work. 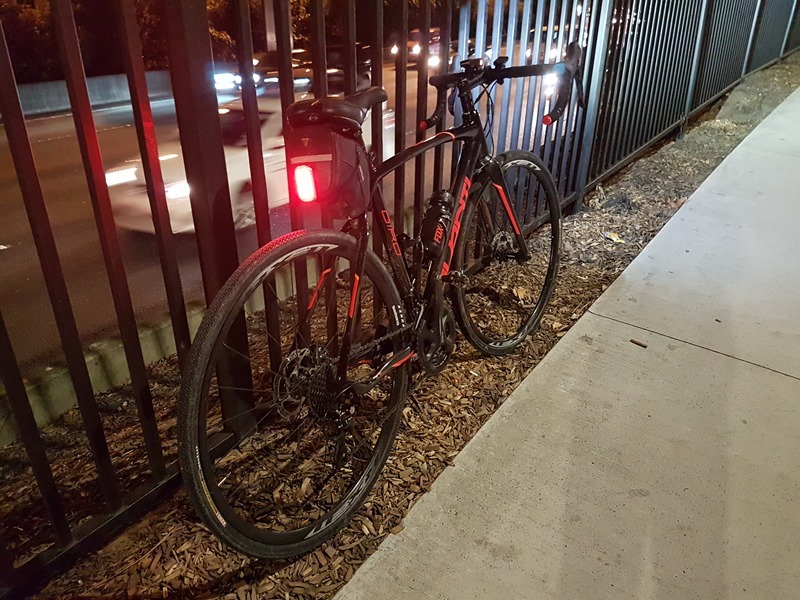 It was cool to get this email today;

Proof of how dismally Google+ knows me

I read this as: Robin, discover ‘delete delete’ no point reading any further

Roots, then and now

Quite sobering watching the 2016 version of “Roots” having visited the US plantation location used for episode one. I saw Evergreen Plantation, Wallace, Louisiana in 2007 when I was in New Orleans as part of a tour. Still privately owned it was rather unusual in retaining real evidence of the slave era which built these places.

They had retained the less salubrious accommodation the slaves ‘enjoyed’ and evidence of their trade. I particularly remember a tax return on display; people valued, listed as assets.

So elegant and lovely on a sunny day, such a bleak history. 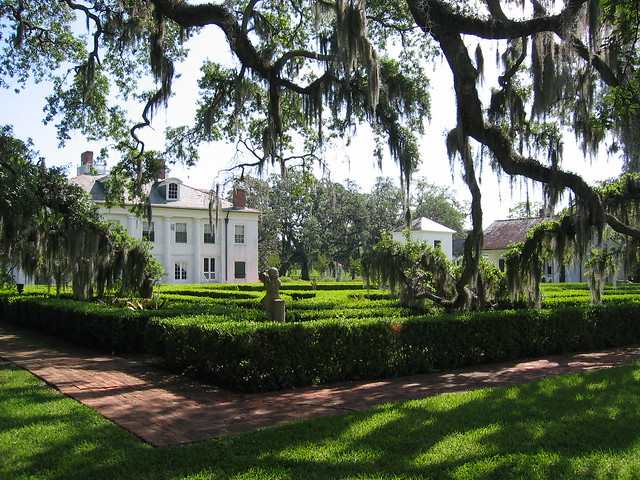 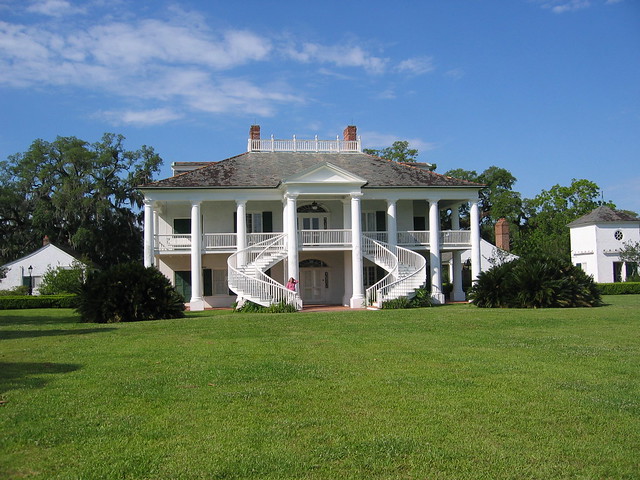 The only resident there when we visited, this cat which followed us for the entire tour. 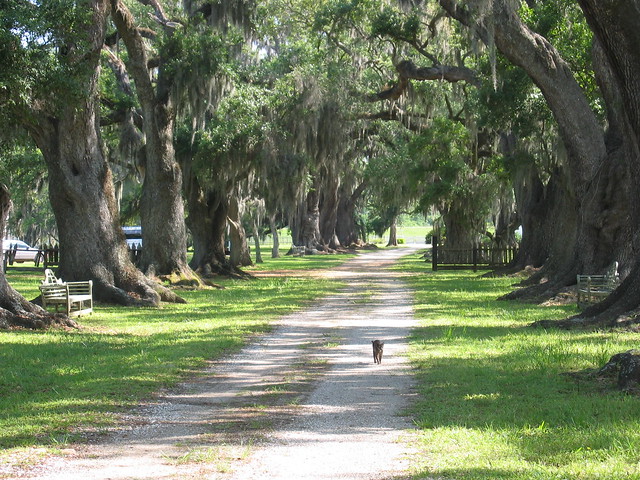 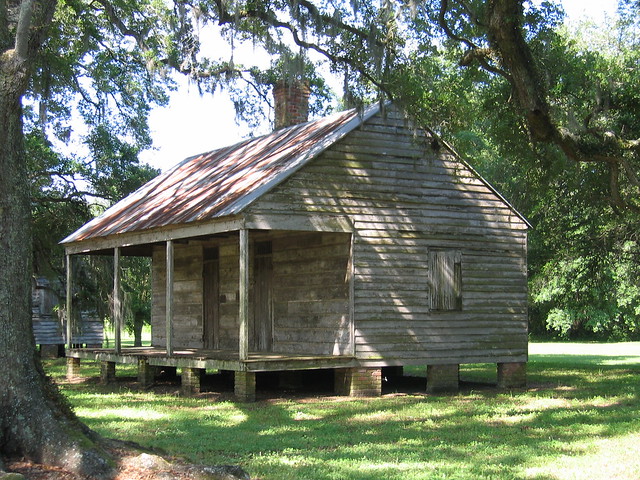 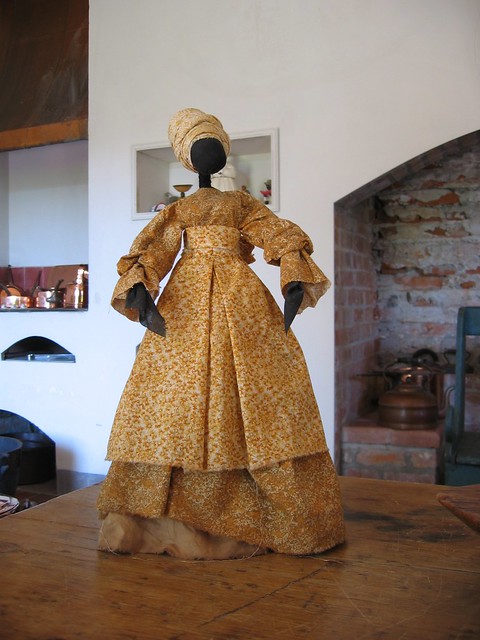 @jessecase, thought of you as I posted my poo

I haven’t been a very active* listener to Jesse Case’s “Jessie Vs Cancer” podcast but have heard every episode and it has made a real impact. I first heard Jesse as a co-host on the “Probably Science” podcast but he started “Jesse Vs Cancer” to document life after being diagnosed with (in his words) “Stage IV arse cancer of the arse”.

He doesn’t hold back in these podcasts and somehow kept on recording them through the worst of surgery, chemo and radiation therapy (thankfully all successful so far). It’s been an incredible journey and I really admire Jesse for sharing it. For me it was also an interesting insight into someone facing a truly life threatening illness without having a religious faith for comfort. 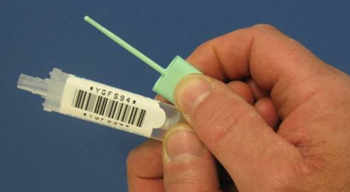 Not long after my last birthday a strange package arrived in the post from the Waitakere District Health board. I’ve reached the age range to qualify for a free Bowel Cancer screening programme they are running (a trial prior to it becoming a national programme). It just involves collecting a small sample of poo on a probe (seen in their photo right) and posting** it back for analysis.

So that’s why one morning — on the way to work — I thought about Jesse as I popped the special envelope into the mail box. If the result had come back positive I might have done my own podcast. Happily, their reply means I won’t need to do that.***

* I have listened, RT’d or replied to a few of his tweets and donated but never got involved in the forums or email.

** They have a special packaging and permission to do this for the trial!

*** Although the usual mass screening caveats apply, single sample, potential false results etc mean even with a negative outcome you should still watch for symptoms and do follow up tests.

Jesse Vs Cancer.com (from his About page)

Jesse Case is a standup comedian, originally from Nashville, Tennessee.

After a few TV appearances and building a small following of loyal fans, he landed in Los Angeles.

He became quite the rising star, doing every festival and show that were available to him.  The press was terrific, and he was on a bunch of those lists that are always coming out for some reason.

He continued to tour, and started developing a few TV shows.  In 2013, he joined the cast of the Probably Science Podcast as a co-host.

That year, he also got sick.  Really sick.  In the ass area.  And it never went away.

2 years later he was diagnosed with Stage IV colon cancer, and at 29, had to move back in with his parents for treatment.

This podcast is sort of about that.  It's about a lot of other stuff, too.  The outcome is unknown, but either way, he's going to record it.  There will be dick jokes.

Late last week I got a strange dizzy feeling walking up the stairs at work. Thought a bit odd as had just eaten lunch, so not low blood sugar, but it was more puzzling than disabling. I occasionally get mildly congested sinus, from allergies, so thought might be that but this felt different.

After putting up with intermittent dizziness all weekend — not bad as could still bicycle and walk if didn’t shake my head too rapidly — it was off to the GP for a check-up. I knew it wasn’t an ear infection, have known that pain from surfing, but wondered if something else was going on in the inner ear.

After eliminating infection, and the other usual suspects, that my Doctor suggested a cure I really wasn't expecting: YouTube!

The actual treatment was an exercise to clear Benign Paroxysmal Positional Vertigo (BPPV), a mechanical problem in the balance mechanism. He gave me written instructions but recommended watching a demo on YouTube; so much easier to understand the angular head gyrations required!

Another batch of Kiva (re)loans wing their way across the world and I got an email reminder that it has been eight years since the first. 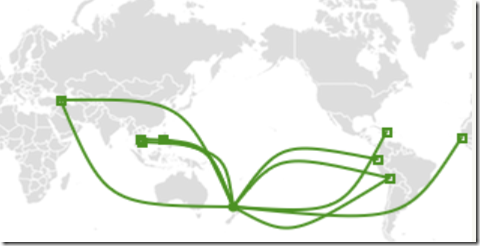 Who’d have thought a bunch of little micro-loans, reinvested as they are repaid, would add up to this: Should cyclists carry ID? Yes, and why I do

The fine and compulsion is not good but I think all cyclists should carry ID. I take this as —should something go wrong — along with ID one word might help someone else: Donor 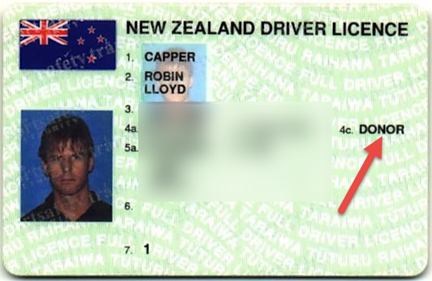 UPDATE 03/8/2016: Mark Hanna has a great post on what the word Donor on your licence actually means and more information on becoming a donor:

Are You an Organ Donor? - honestuniverse.com

It must be too sunny for vacuuming 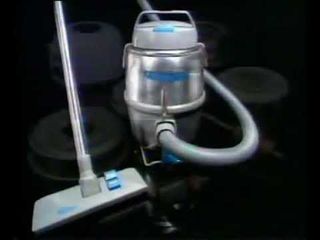 Vacuuming on a nice day sucks, even the machinery agreed.

Then they stop sucking and emit a burning smell!

UPDATE: Perhaps it is time to buy a Roomba!