Condolences to the crew of Atlas Air Flight 3591

A few weeks ago I ordered two new Flying Spaghetti Monster badges for my car(s). One for the new(er) Abarth and a replacement as a decade of NZ UV had got to the finish on the Bravo one. They were supposed to arrive about a week ago but I suspect may have been lost in a tragic accident. 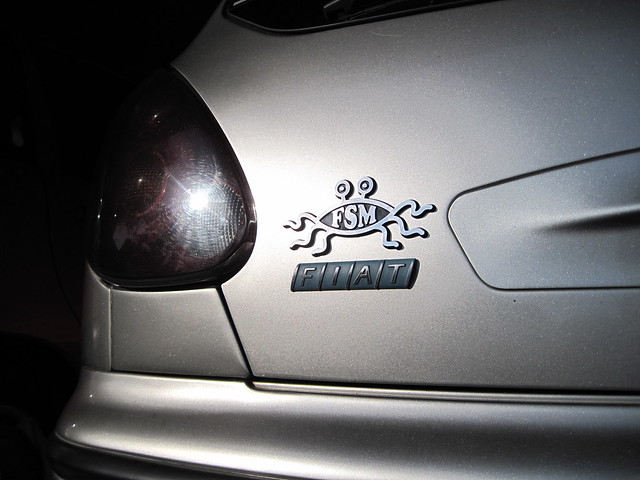 I was listening to a local aviation podcast on Saturday and they mentioned an Amazon freight aircraft had crashed on a flight from Florida to Houston:

A widebody cargo plane hauling packages for Amazon with three people aboard abruptly plunged out of the sky and slammed into a bay Feb. 23 as it was preparing to land in Houston…

I checked the order tracking details and there was nothing after it left a Florida distribution centre before that crash. Given there are direct Houston – NZ flights it’s not unreasonable to think they were headed there.

When I queried the delivery Amazon immediately credited the full cost of the transaction, although they didn't say why, and suggested reordering. They could not just replace the items as the sale was through a third party vendor. They also offered to credit the cost of express shipping on the replacement order which I chose not to take advantage of.

The loss of a couple of bits of metal is nothing, three people lost their lives with untold impact on all those connected to them. It just made me think what a small, strangely connected, world we live in. It’s sad there is no deity, even a noodly one, to influence the fate of that flight. That we may learn from it, and prevent similar incidents in the future, is no compensation for the families and colleagues of those lost.

My condolences to all those lost on Flight 3591. Ramen.

'Lord, you have my soul': Panic in cockpit moments before Atlas Air crash – Stuff.co.nz

“Shem Malmquist, a Boeing 777 captain at a different cargo airline and professor of advanced aircraft operations at the Florida Institute of Technology's College of Aeronautics, said based on this preliminary report it looks like the go-around switch was activated inadvertently, and it is possible that the first officer became disoriented.”

The Flying Spaghetti Machine clicked up its 240,000th kilometre on the way to work this morning. Is that a milestone? 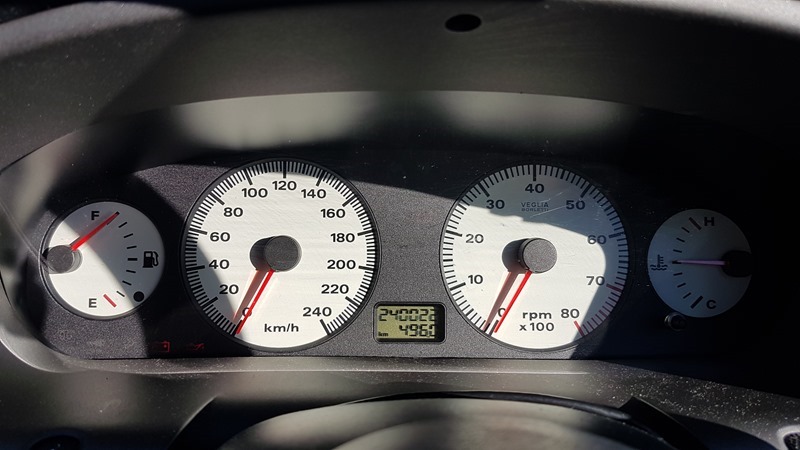 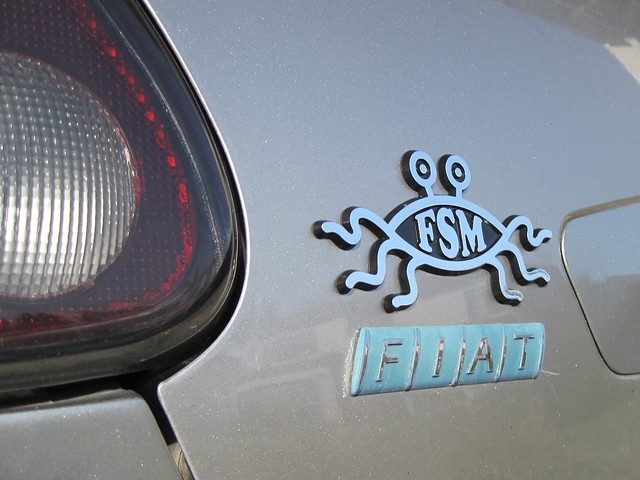 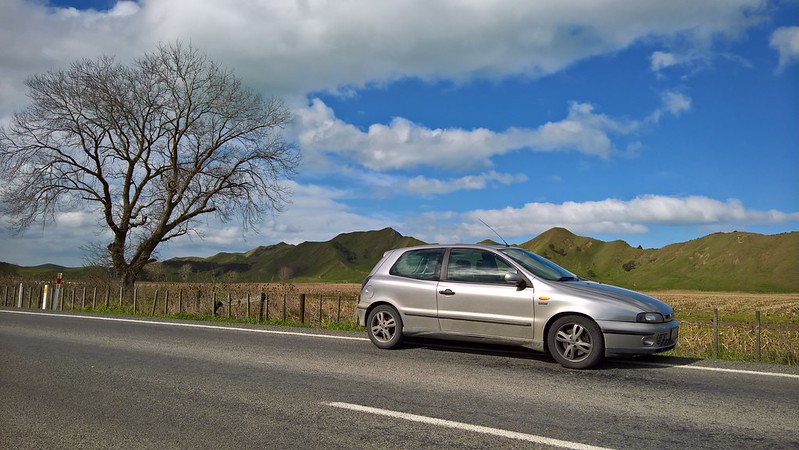 My FSM Fiat Bravo HGT has no cup holders* but the door handle works just fine for safely transporting noodles, even on the twisty roads! 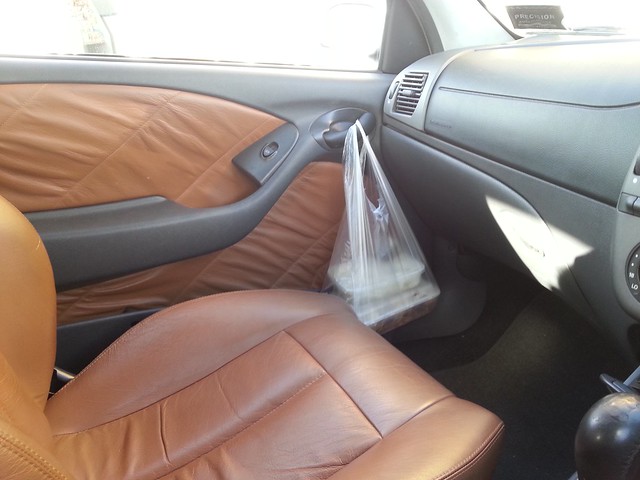 * I remember a reading about an Alfa Romeo launch when questioned about the lack of cup holders in one of their cars. The response was: “Cafés are for coffee, cars are for driving!”

The FSM Uno on TradeMe!

So I don't have the only Flying Spaghetti Monster touched Fiat in West Auckland!

Learn more about FSM at http://www.venganza.org/ or see my FSM Fiat here

Flying Spaghetti Monster at Auckland Skeptics in the pub

Some Pastafarian days to remember*:

* But probably not official holidays yet

As seen on the Facebook Flying Spaghetti Monster Fan Page FSM Sighting on The IT Crowd 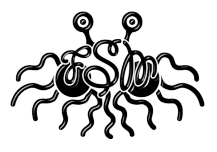 It’s been there all the time but I just noticed the FSM on the wall behind Moss. Cool to see his noodley touch in this classic comedy. It’s currently in never-ending repeat mode on U.K. TV but rewards repeat viewing so I don’t mind! 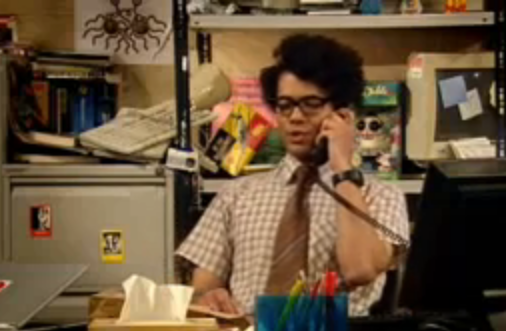 A Fiat Bravo touched by his noodly appendages

Although not exotic I know my Fiat Bravo HGT is relatively rare in New Zealand. Only a few dozen were imported in total, have been told maybe twelve of the Mk2 version I have. However something has happened which I’m almost certain will make it unique.

It has been touched by the noodly appendages of the Flying Spaghetti Monster. It seems fitting to have the Pastafarian emblem on a car made in the land of Pasta: a Fiat Bravo HGT 155 FSM! 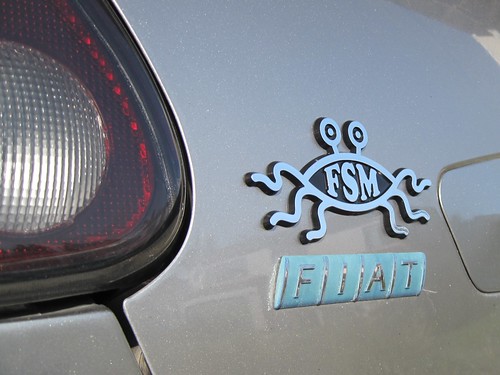 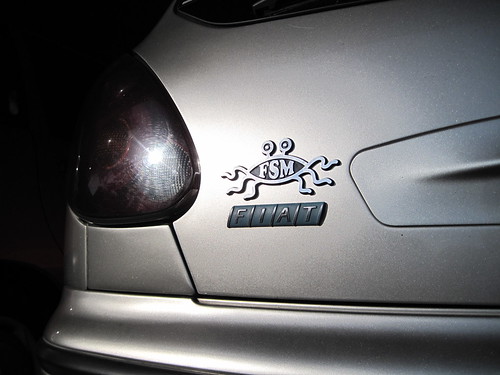 The FSM emblems, and other merchandise, are available from Ring Of Fire who now ship outside the US (took less than a week to New Zealand!).

All praise his Noodly Wisdom!

"I'd really rather you didn't build multi million-dollar synagogues / churches / temples / mosques / shrines to my noodly goodness when the money could be better spent (take your pick):
1. Ending poverty
2. Curing diseases
3. Living in peace, loving with passion, and lowering the cost of cable"

There is now a Flying Spaghetti Monster Kiva Lending Team which will help do just that.*

* Maybe not the "lowering cost of cable" bit.