With the new full suspension bike, the Giant Trance 'En-Trance Rob', I was after a 'no backpack' solution for day rides. I hate riding with a backpack; the weight high up, straps and 'clammy back' thing annoy. En-Trance has tubeless tyres and, even with the dropper post, the basics of puncture repair (spare tube, CO2 cartridge, plug tool and small bottle of fluid) fit in a small saddle bag, but that doesn't account for other gear. For a day ride I want to carry the following minimum: Warm/Wet Gear Rain shell Arm and Leg warmers for cycling and, if more... Read more →

Had hoped to be heading North, cycling northland trails, this week but not able to leave Auckland yet. It looks like our current regional COVID boundary (approx. the --- line on Strava maps) will be around for a while, Christmas or beyond, so looking closer to home. A peak at my Strava Heatmap, red (least) to orange (more) = ridden, reveals plenty of places to explore*. Currently limited to day rides, no overnight or shared accommodation, so will be drive/day-ride no-contact solo rides to explore some of the gaps. Great Barrier Island and Waiheke Island are out, locals only there,... Read more →

Rapid Rob, my Giant Talon 1 hardtail MTB, was not going to be suitable for the last ride of summer without some modifications. The Old Ghost Road is 85km of 'Grade 4' rated trail comprising: "A legendary feat of trail-building has resurrected an old gold miners’ route between the ghost town of Lyell and sleepy Seddonville on the West Coast, passing through a series of remote landscapes bursting with strange and beautiful sights. See sheer-sided valleys cloaked in forest and strewn with earthquake debris. Admire alpine tarns, tumbling rivers and waterfalls. Take in vast panoramas from rocky tops. And all... Read more →

After leaving it last week, I got the call to collect 'Rapid Rob' from 'The Bike Maintenance Shop'. It was riding fine when dropped off but again I expected brake pads and, perhaps,a new chain. The actual verdict was: Tune up (wheel true check, headset & bottom bracket, cones/bearings) Straighten bent derailleur hanger (I'd not noticed, was shifting fine!) and tune gears Replace Brake Pads Not bad considering it's an old (2014) bike, which has been (most of the way) to Mt Everest, and still on original everything apart from brake pads/disks and tyres. Even my Tibetan mudguard is still... Read more →

I rode out to Huia to check out a recent road closure due to slips. It's a nice ride but quite a busy road in the weekend so Monday, even school holidays, was comparatively quiet. It's also quite a lumpy ride, no huge hills but plenty of ups and downs and a sting in the return ride tail (blue circled). This fellow welcomes you to Cornwallis, glad for the sign to flip the otherwise slightly ominous mood... It was a grey morning, but warm and improving. If nothing else the South Westerly would be some help on the parts of... Read more →

I do routine maintenance myself but before heading into the unknown wanted the bikes checked over. Both "Giro" & "Rapid" were riding ok but I don't have the tools for things like headsets, bottom brackets or mucking around with hydraulics. Nothing worse than being 'out there' and having a preventable 'technical' ruin your ride. Bike services are busy, the COVID lockdown bike boom, but 'The Bike Maintenance Shop' in Glendene were recommended. They're a dedicated service workshop specialising in both pedal bikes and BMW motorcycles, do non-contact service, and could fit them in. First up was Giro. I had damaged... Read more →

How the Raglan Karioi Classic 'Last Dance', a waffle, and a gravel ride changed my life

I was late to discover 'The Karioi Classic' and first did this brilliant gravel ride around Mt. Karioi and the Whaanga Coast (near Raglan) in 2017. I was quick to register for the July 2021 event—dubbed 'The Last Dance'—as it was the final time the event was being run. What I didn't realise at the time was the weekend would result in a life changing decision. Getting there I drove down on Friday afternoon as had taken it, and Monday, off to make a long weekend. A lovely day and zero traffic combined with some of my favourite roads—SH22 from... Read more →

Racing to stop, a dangerous overtake in the Halsey/Jellicoe St shared pedestrian zone

Some drivers have little regard for the safety of others, judging by this incident last weekend. I was cycling, at approx. the 30km/h limit, along Halsey Street with a considerate car following me. As we approached Jellicoe Street a Mercedes overtook both the following car & me crossing the double yellow line just before a blind 90° corner. This was in the low-speed pedestrian zone by an entry to the America's Cup village on the final Prada Cup race day (Jan 30th). Seems they were racing to find a parking space. I slowed as I passed, with a W.T.F.?, but... Read more → 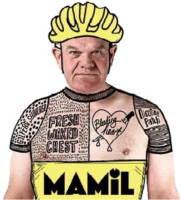 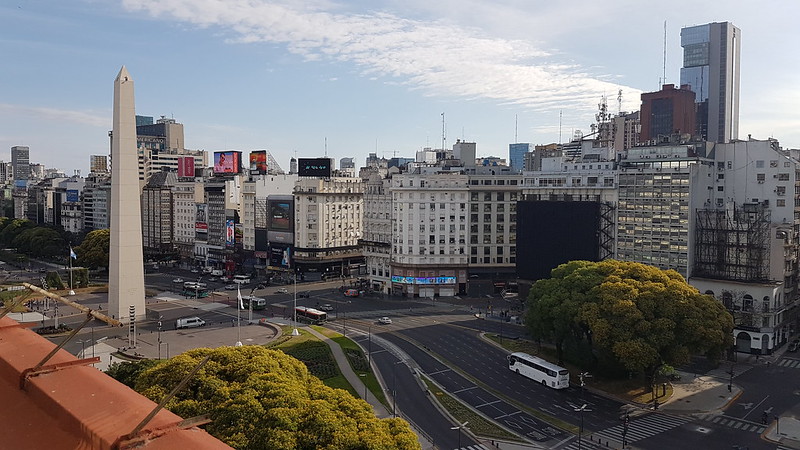 Another lovely morning, another BA Bikes tour. I could get used to this kind of 'Día de la marmota'*. It was a short, now familiar, walk back to BA Bikes. It was interesting to see city parking lot prices are relative to vehicle size. For comparison Peso $120 ~ 180 was about nz$3-5 at the time. Maybe Auckland should consider this for the behemoth SUVs & Utes clogging the CBD. Back on the bike The North Tour with Diego (guiding solo) was another delight. Scenic gentle riding on bike paths or quiet back streets with short breaks adding historic, current... Read more →