The end of this “Long Term Test” video shows the Ferrari FF (or similar GTC4Lusso which recently replaced it) is a viable replacement for my Bravo as shares all these attributes: Italian 4 seats which fit actual people Acceptable performance Acceptable economy (given performance) Practical hatchback, fits a bike in the back! Just a matter of finding the funding… Even used still not exactly ‘affordable’… (TradeMe December 2018) Read more →

I was walking Alfie in the Waitakere Ranges yesterday and an incident made me wonder. I often walk and cycle alone so always carry a phone, emergency contact numbers on a card, and my drivers license as ID. Rather grim perhaps, but that last one identifies me as an organ donor… As I approached the end of a track a guy running towards me just beat me to the Kauri Dieback foot scrub station. After he was done and on his way I was scrubbing and spraying my shoes when I heard a sharp cry of pain from behind. About... Read more →

For a radio show to bill itself “The most interesting radio show on the planet”, see below, sounds like quite a boast. However, Weekend Variety Wireless (WVW), formerly, on Radio Live (8pm to Midnight Saturday & Sunday) lived up to that billing. It was an eclectic mix of science, music, scepticism, art, history, topical media and current events reviews all superbly orchestrated and hosted by Graeme Hill. It seemed to follow his whimsy, an interview on the physics of string theory might be followed by the best pie awards, and was all the better for it. Although the on air... Read more →

Cycling, waiting at the Takapuna lights, on a cloudless day… And it went dark for a split second. Looked up to see it was a QANTAS solar eclipse! Read more →

Alfie is (un)dressed for summer 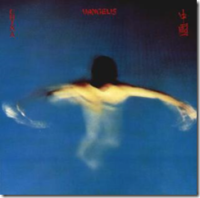 I seem to have developed a rather strange way of deciding on a travel itinerary. I cycled (nearly) to Mt Everest, which was amazing, but I never had the longing some have to visit it. I went because an unexpected opportunity to visit an amazing place coincided with a great bunch of people to travel with. That I got to visit a unique part of the world, long connected with New Zealand (thanks to pioneering adventurers and more recent adventure travellers) was just a bonus. One memorable part of the journey was listening to some music, part of my lifelong... Read more →

Agnelli, the man, the documentary

Found this HBO documentary about Gianni Agnelli on Sky NZ while grazing the Soho schedule a couple of weeks ago. Recorded it, just got around to watching it, and so glad I did. While the Agnelli FIAT connection got my attention this was very much about the man, the family, their impact on Italy and its place in the world, rather than a dry profile of a business man or car company history. Beautifully shot, a mixture of modern interviews and archive family footage, in stunning locations (many their homes!) it is a wonderful, and honest, portrayal. They didn't skip... Read more →