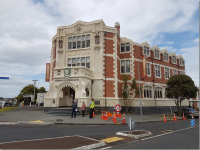 Curiosity about changes to a historic building, an interest in a ‘religion’ (cult?) and the “Oh No, Ross & Carrie” podcast led me to a rather strange place. I attended the opening of the Auckland Scientology Real Org on January 22 2017. I wrote most of this post at the time but withheld publishing to see if there was any follow up from the Scientologists. They have a reputation for their eagerness to attract new members and reluctance to losing existing ones. Well over a year later apart from one rather odd text, and me noticing them campaigning in public... Read more →

No, I would not

Sorry; this cancellation only works for the recording, not the reality, of this administration Read more → 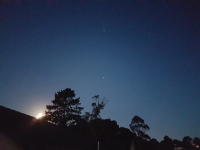 Nice clear evening to see the Space Station, lower of the two 'stars' on this phone snap, pass over Auckland tonight! Read more →