Almost a novelty to see these days. The family in front of me at the supermarket paid in cash. Nearly $300 in $20s. Operator had to count twice :) Remember going to supermarket (with Mum) as a kid and everyone paid cash or cheque, Operators entered every price by hand, from memory. No EFTPOS, no bar codes! Sent from my Lumia 1520 Windows Phone Read more → 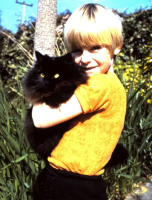 Today’s news reports of Cilla Black’s funeral and this random Windows desktop background selection (from thousands of possible images) seem worth a mention. Although not really my generation I grew up more than aware of Cilla Black. My parents liked, and often played, her music and gave her name to our rather feisty half Persian family cat. Cilla’s (the cat) mum was a pedigree Persian owned by our neighbours. Planned breeding with other pedigree mates mostly failed but she but was happy to hook up with passing strays. The result was a number of pretty half Persian/half unknown, and it... Read more →

The New Zealand Herald, without Rugby

This is the New Zealand Herald application today with the “Rugby” category turned off. Perhaps it slips through because there is no religion filter? Read more →

The Hillary Trail is a linked series of walks in the beautiful Waitakere Ranges. Have explored most of these places, many are regular ‘Alfie walks’ or road cycles from home. Amazing to think all this just a few kilometres up the road from home, about an hour from Auckland’s CBD (except maybe at rush hour!). * This is my first blog posted from Live Writer on Windows 10! Read more →