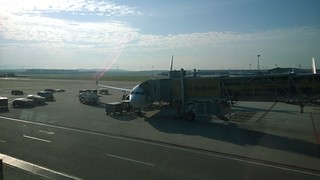 (A mix of travel notes and comments added later) 30-08-2014 – Saturday – Kathmandu Arrival I’ve never flown through Kuala Lumpur before but, like a Vietnam flight, the trek across Australia seems endless. You cross the Tasman on a curving course from near Sydney up to the Northern Territory. It's a reminder how big New Zealand's nearest neighbour is! Once the northwest coastline slips off the progress map it actually feels like you are getting somewhere! The Malaysian Airlines 777 was fine but the seat back screen showed it wasn’t the most recent addition to their fleet. You could see... Read more →

Himalayan Cycle 01 — On the flight to Nepal, just! 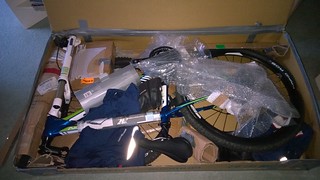 Somehow I had it in my head that I was flying around midnight Saturday. The itinerary said Saturday but it was late on Thursday night that it dawned on me 00:15 is actually bloody early Saturday, more like Friday night! Luckily I had sorted everything out so packing the bike (boxed for travel) and getting to the airport wasn't really a panic. It was just the plan for a leisurely Saturday, amble to the airport that was gone! As I checked in a couple in front of me found they'd done the same thing, but for the previous midnight, missing... Read more → 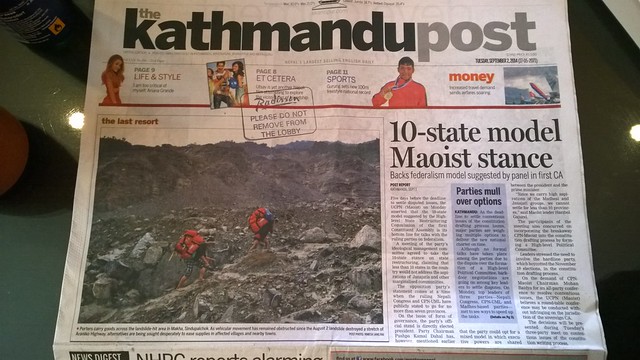 B's email said it all: This does not look good... Landslide in Nepal Kills at Least 8; Hundreds Are Missing - www.nytimes.com/2014/08/03 KATHMANDU, Nepal — A major landslide early Saturday morning near Nepal’s border with China killed at least eight people and left hundreds missing, officials in Nepal said. It also washed out part of a crucial highway and blocked a river, leading to a dangerous buildup of water... It barely made the news here (NZ), certainly no follow up, because what does a village matter when there are no westerners missing... It seems selfish to think this could impact... Read more → 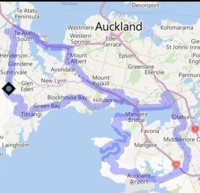 Took the opportunity to explore some parts of Auckland which were new to me, after 48 years!, and accessible on an off road bike. This was the last training ride before heading for the Himalayas! From home it was the usual route up Konini Rd to the scenic drive, then via Titirangi, Green Bay & Lynnfield to Onehunga. Over the (old) bridge and around the Mangere Bridge coast to Ambury Park. None of that was new but on the road bike I have to turn inland for the road ride through to the airport on Ihumatao Rd. On 'Rapid Rob'... Read more → 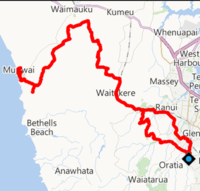 Headed for Muriwai, via the back roads, in search of gravel and hills. I knew there would be hills but found somewhat less gravel than expected as several roads had been sealed. I suppose the folks who live there don’t miss the winter mud, summer dust! Found enough to get some practice with the bike, including some full on brake tests. I always like to do a emergency stop, in a car or bike, before you need to actually do an emergency stop! Must say those ‘Rapid Rob’ tyres (they really are called that!) combined with disk brakes shed speed... Read more →

Today cycled up Mt Donald Mclean, next the Himalaya! 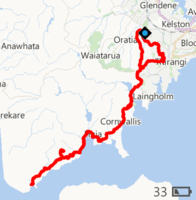 Had my first real gravel road ride on ‘Rapid Rob’ today. From home headed into the Waitakere Ranges and along the Exhibition Drive track. Then it was back on the road following the Manukau Harbour coast to Huia. There are some steep undulating hills as the road climbs over ridges between the bays. I got up to 60 km/h on some of the downhills, more like 6 km/h going up! From Huia it was around the bay to Little Huia. Here, after fording a small stream, the road goes inland up. About 2/3 up the hill, first photo below, the... Read more →

Just finished watching 'The Wildest Dream: Everest' (recorded from Sky NZ BBC Knowledge recently) and it was magnificent. Still surreal to think I will be there*, gasping that air, looking at that mountain in a few weeks... When it finished live TV was showing the end of a docu-drama about the All Blacks winning the last World Cup. Seemed so bloody trivial in comparison! * we have a night at Everest Base Camp on the cycle trip The Wildest Dream http://thewildestdream.com/ In 1924, mountaineers George Mallory and Andrew Irvine set out to conquer Everest. It was their third attempt, and... Read more →

Last time I saw this 'Miss Dixon' was a collection of parts in a hanger. Although it looks like a Mustang this is 3/4 size Titan T-51 kit aircraft. Well, to be more accurate, was a Titan T-51 kit as John has put a lot of effort into modifying the bundle of bits which arrived in the crate. Several years of fabrication, flight testing and modification have resulted in a very impressive aircraft. It was very cool to be allowed to sit in the pilots seat and start her up (with John instructing from the rear seat) but that is... Read more →

Took 'Rapid Rob' on our first real ride yesterday. From home headed up to the Scenic Drive where I went off road on the centennial Exhibition Drive track. It is a closed well formed gravel road which follows a water supply pipeline towards Nihotupu Dam for a couple of kilometers. It continues as the Beveridge Track which is a single track shared use trail. Again, a gravel surface but much narrower but has a pretty steep switchback section climbing up to the Arataki Visitor Centre. It was the first time I used that, very grannie, low gear in anger but... Read more →