One day I'll be able to share why this clip, from The League of Gentlemen , has gained particular relevance recently.. Read more →

Business Pundit have a pretty good summary of how Obama's move to help out Fiat, I mean, Chrysler will play out: Chrysler/Fiat Merger: It’s All About Fiat Fiat, the Uno for Chrysler? Read more →

It’s blog’iversary time again. I still find it hard to believe five years have flown by since that first tentative post . It is now old enough to start school in New Zealand and look how it's grown. T... Read more →

I don't mind paying for Sky, when they have BBC Formula 1 Coverage

Today the BBC returned to Formula 1 and it arrived in New Zealand via Sky TV (NZ). From about November through March I wonder why i bother with Sky Satellite TV. They have some good content but muc... Read more → 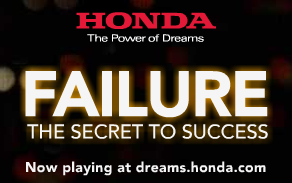 I saw this advert from Honda on a site today. Brawn won because Honda failed last year. They made the brave choice to write off 2008 and spend the year working on the car that just won for Brawn.... Read more →

What is "a facial hair storm"?

You either like Paul Henry or you don't, and I do, but this article in the Hearld had me wondering what a facial hair storm would be? Hairy moment for Henry - NZ Herald TVNZ Breakfast present... Read more → 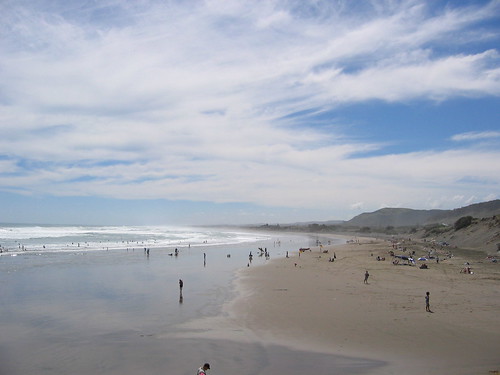 Although it's "a tourism promotion" and has the usual over exposure of the Sky Tower, Auckland's most prominent and least original "architectural feature"*, plus a suspicious lack of traffic jams this film is actually a good look at the variety Auckland offers in a tiny geographic area. Thanks to @Courageous_One for sharing it * It's not just because the Sky Tower sticks out of a tacky casino, which it does, but that it looks like so many other towers in the world, cotton reel on a spike, that I don't like it. If the city had to have an iconic... Read more →

Imagine if you'd told the Honda Board last year that the first Grand Prix Qualifying of 2009 would see: McLaren languishing at the tail end of the field: P14,15 Ferrari struggling to qualify... Read more →

On Vox: If you have a few million spare...

And who doesn't, you can configure your own Bugatti, make mine red with an anthracite interior. » Read more on Vox Read more →