The Sky has fallen?

Was Chicken Little right all along? Not quite but New Zealand’s main satellite TV service is off the air thanks to an errant satellite. It’s still up there and our signal is going somewhere, just not here! Hope it’s back for the Australian Grand Prix on Sunday! Sky TV Media Release Thursday, 30 March 2006 OUTAGE ON SKY SATELLITE SERVICE SKY apologises for loss of SKY satellite services resulting from an outage on the Optus B1 Satellite that provides SKY’s signal. The satellite signal was lost after a routine positioning procedure to the satellite by Optus. This effectively meant that... Read more →

How to build an Airbus A380 in minutes

Holden on the block?

It’s an Aussie Icon: Football, Meat Pies, Kangaroos and Holden cars........ What will the Aussies make of this? Could GM be considering selling Holden? - Autoblog Read more →

''We've poured you a beer" ''We've saved you a spot on the beach” “So where the bloody hell are you?" From this part of the world it’s rather hard to understand why this Aussie tourist promotion has provoked much reaction, other than more visits to Australia, let alone the fuss that has been raised. Singapore don’t like it at all (maybe that was predictable), the Brit’s objected to “bloody” and in Canada they weren’t sure about “hell”. Perhaps some expressions just don’t translate or maybe “Bloody Hell” seems rather tame after Toyota using “Bugger” (worksafe & funny video) to sell... Read more →

South Park, Scientology and The Death of Chef 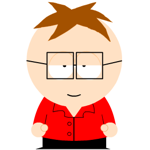 One Good Move has a news clip about the latest move in the South Park/Scientology/Chef battle. Isaac Hayes, Chef, reportedly quit after South Park mocked his “religion”, the Church of Scientology. Seems it was OK to be Chef, and take the money, while they satirise everything else on the planet but knock a cult and pseudo-science dreamed up by a second rate science fiction writer and that’s a step too far. Matt & Trey respond with The Death of Chef episode using old Chef clips to stand in for Hayes until the character “dies” returning in the form of a... Read more → 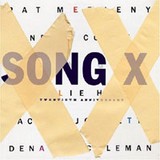 Seems like today is podcast discovery day as discovered the Pat Metheny Group podcast. The first discusses the re-mastered SONG X and there are iTunes and RSS subscriptions for future editions. I have to admit I tried to like SONG X when it was released but never really got it. Perhaps it’s time for another attempt. Pat Metheny Group Listener Network - Podcasts Celebrating the Twentieth Anniversary of the historic recording SONG X featuring Pat Metheny, Ornette Coleman, Charlie Haden, Jack DeJohnette & Denardo Coleman Read more →

I just discovered Scientific American [Magazine] have a weekly Podcast! Episode One went out on Feb 8th but all are still available along with iTunes and RSS subscriptions. Scientific American Podcast Join host Steve Mirsky each week as he explores the latest developments in science and technology through interviews with leading scientists and journalists. Read more →

Hotel Rooms By The Kilo?

This is amusing, I’ve always thought air travel should be sold by the kilo. As a skinny little squirt it’s always made me wonder why the baggage allowance is the same for me as someone considerably larger… A room in this hotel would cost me € 32.50. German Hotel Charges Guests By The Kilo ~ Xtra Travel Read more →